Game balls and goat awards this week in sports

An NFL player breaks a record, while another keeps throwing touchdown passes to the wrong team. A high school basketball player makes the shot of a lifetime, while an NBA forward shoots off his mouth about…shooting.

These are just a few of the best and worst moments in sports this week, which means it’s time to hand out game balls and goat awards to some deserving recipients.

During the second quarter of Monday night’s 19-16 win over the Washington Redskins, Cowboys tight end Jason Witten caught the 1,000th pass of his career. He became the 12th player in NFL history with at least 1,000 receptions and joins Tony Gonzalez as the only other tight end in NFL history to reach the milestone. 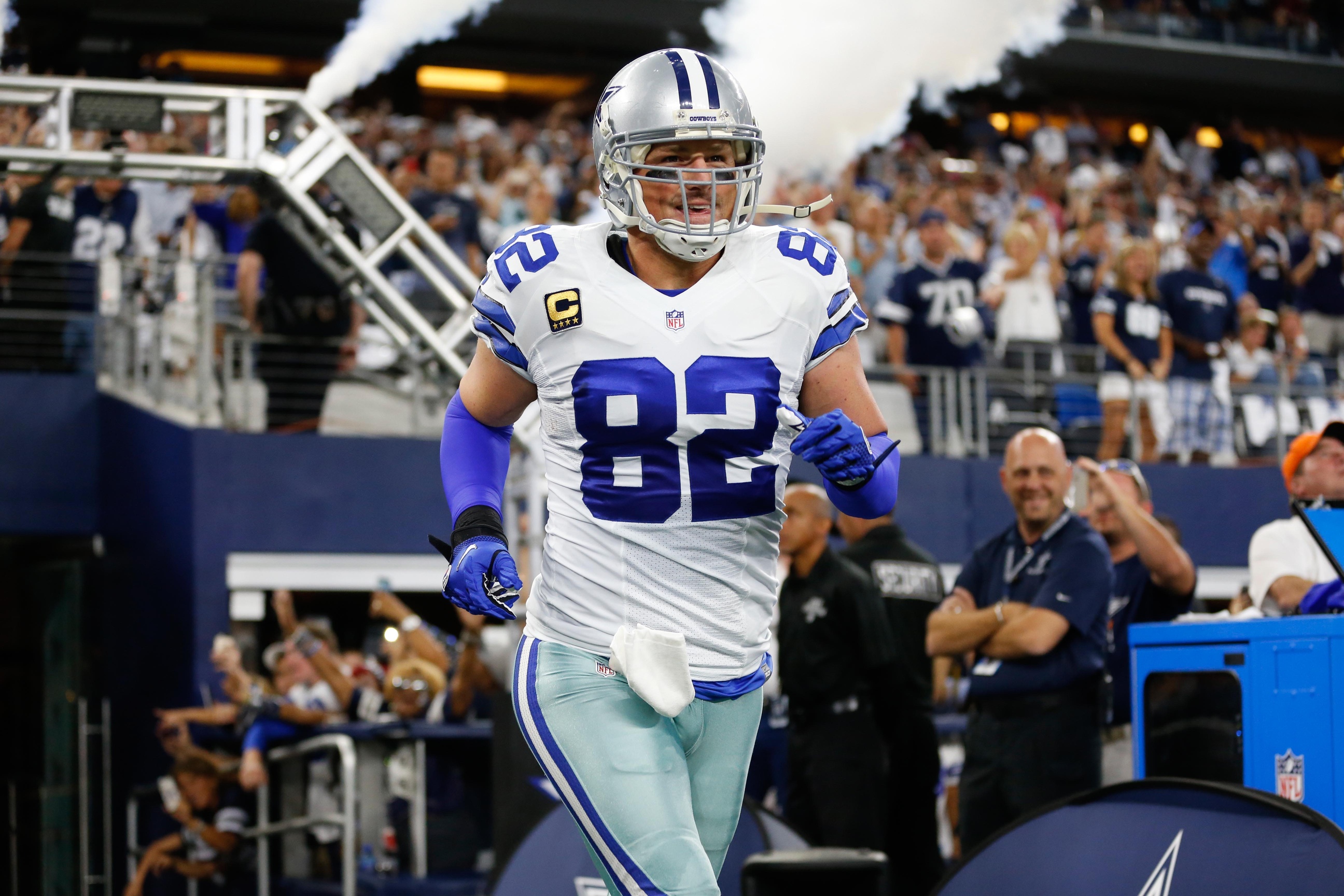 Witten has battled through concussions, a lacerated spleen, sprains to both ankles and left knee throughout his career.

He’s also one of the “good guys” in sports, proving you don’t have to be a prick to be great.

The defending NBA champions may be laughing their way to another title, but few people were amused at Andre Iguodala’s attempt at cracking a joke.

When asked by reporters about a good recipe to beat the Warriors, Iguodala quipped, “going to a gun range and learning how to shoot. Kill us all.”

A reporter attempted to steer the conversation to shooting of the hoops variety, but Iguodala smiled, saying, “no, that’s the only way you gonna beat us: if you shoot us and kill us and we can’t play.” He then added, “that’s a joke.”

Not funny, Andre, especially during the recent incidents of police and school shootings and terrorism, abroad and in our own country. You avoid gun jokes for the same reason you don’t say, “bomb” in an airport.

Save your shooting for the basketball court.

Very few fans get the chance to meet their favorite athlete in person, but Panthers linebacker Luke Kuechly granted that wish to a young woman on her 21st birthday.

Jessica Hayes has autism, cerebral palsy, and a visual impairment. It was her wish to meet Kuechly for her 21st birthday. Kuechly found out about Jessica through the wife of one of his teammates, who is involved in the charitable organization that assists Jessica.

Kuechly not only obliged, he surprised her with a bouquet of flowers and a limo ride to a birthday party sponsored by the charity.

With all the NFL players who’ve been popping off about bad coaching or not getting the ball, it’s refreshing to hear about those who actually care enough about their fans to interact with them face-to-face.

Each of them deserves to be there, no question about it. But sending just three players was a big mistake (read more here).

At the very least, Oklahoma quarterback Baker Mayfield should have been invited. He’s a major reason the Sooners are one of the four teams in the playoff. One could argue running backs Leonard Fournette of LSU and Ezekiel Elliott of Ohio State, along with Navy quarterback Keenan Reynolds, deserved to be invited, but they had outside shots.

Perhaps it would have helped if Mayfield had played on championship weekend like the other finalists, but that’s something neither he nor the Sooners have any control over. Whatever the reason for his snub, the committee got it wrong by leaving him at home.

This year’s MLS Cup goes to the Portland Timbers after their 2-1 victory over Columbus last Sunday.

Normally, such an announcement would have barely registered in most major cities with professional sports teams. But this is Portland, not New York or Los Angeles. The last time Portland fans had the chance to go crazy and hold a parade for a professional championship team was in 1977 when the Trail Blazers stunned the Philadelphia 76ers in the NBA Finals.

The homecoming for Portland Timbers at the airport after winning the MLS Cup was incredible (via @TimbersFC). pic.twitter.com/1WGF9w7zcR

The Timbers probably didn’t expect this reception, but they returned home to find the airport crammed with supporters, and they even got their parade.

Soccer may not be close to taking over as America’s game, but this week in Portland, it did.

If the phrase “pick-six” ever makes it into the dictionary, you might find Baltimore Ravens quarterback Matt Schaub’s picture along with it. (Ok, maybe that’s a stretch).

But numbers don’t lie. In the second quarter of last Sunday’s game against the Miami Dolphins, Schaub had a pass batted up in the air and then intercepted by defensive end Derrick Shelby, who returned it for a 22-yard touchdown.

It was the second pick-six in two games for Schaub, his seventh since 2013, and the 14th in his career. He set a dubious record of four straight games with a pick-six in 2013 when he was quarterback of the Houston Texans during their miserable 2-14 season.

Schaub did take some hits in the game and is banged up heading into Sunday’s contest against Seattle. But his problem with pick-sixes isn’t new, and has to be messing with his head. Backup Jimmy Clausen should see some playing time against the Seahawks, as Schaub did not practice on Friday dealing with chest/shoulder issues.

As bad as Clausen is, they certainly can’t afford to keep putting Schaub out there, especially if he throws another touchdown pass to the opposing team.

The Austin, Minn. Packers were down 55-53 to Northfield with 1.6 seconds to play Tuesday night. Northfield went to the free throw line with a chance to tie the game. They made the first foul shot, but the second clanged off the rim into the hands of Austin’s Oman Onan.

The junior forward from Sudan had only one option: heave it from practically full-court. It not only went in, but hit nothing but the bottom of the net as the clock ran out to give the Packers a 56-55 win.

A shot like that probably falls short 9 times out of 10, but who’s counting?

Randy Peterson, a newspaper columnist for the Des Moines Register, was injured in the pandemonium while making his way to the post-game press conference, suffering fractures to his tibia and fibula, according to the paper.

Rushing the basketball court or football field is nothing new, but incidents like these are not uncommon, either. Last February, Kansas Jayhawks coach Bill Self and some of his players were pushed by fans who poured onto the floor after Kansas State upset Kansas. This led to the Big 12 passing a rule giving commissioner Bob Bowlsby power to levy punishment on schools who can’t keep their fans under control.

It’s tough to contain the enthusiasm of thousands of people in one place, but schools need to take this more seriously.