Galaxy pushing for playoffs in revenge game against Sporting KC 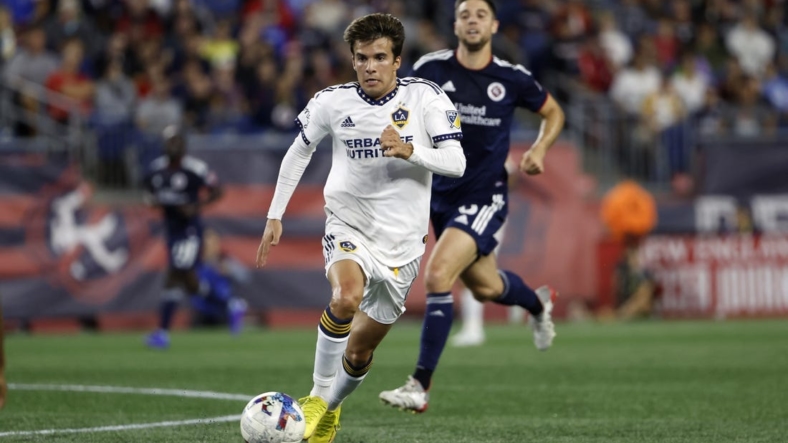 Both the Galaxy (11-11-5, 38 points) and SKC (8-15-5, 29 points) are on the outside of the current Major League Soccer Playoff picture, but the Galaxy are just one place below the playoff line, trailing the Portland Timbers by a single point.

Three points for the Galaxy this weekend would go a long way in boosting the club’s playoff hopes.

The Galaxy are coming off a 2-2 draw on Wednesday with Toronto FC, a match in which Douglas Costa and Riqui Puig netted goals. Puig was acquired by the Galaxy from Spanish giant FC Barcelona in early August. The goal was the first of the 23-year-old’s MLS career.

“It’s his ability to find spaces, find gaps. Play on the move. Pick up the ball. Kind of glide into new areas,” Galaxy coach Greg Vanney said of Puig. “Play off of people and get the ball back. It just keeps the tempo of the game, kind of flowing all the time. And obviously, he’s very smart about positioning himself.”

The last time the Galaxy lost was when they met up with SKC on Aug. 6, with the hosts winning 4-2 in Kansas City.

SKC’s form has been decent since then, winning two of their last three matches. In their last two wins, SKC outscored Portland and San Jose by a combined score of 5-1.

Midfielder Daniel Salloi has been in especially good form lately, netting two goals and two assists across his last four matches. On Wednesday, he signed a contract extension that will keep him with SKC through 2026.

“I feel lucky to be at this club and I am very excited for my future here in Kansas City,” Salloi said. “My professional journey has been so rewarding because we’re an ambitious club with amazing fans.”