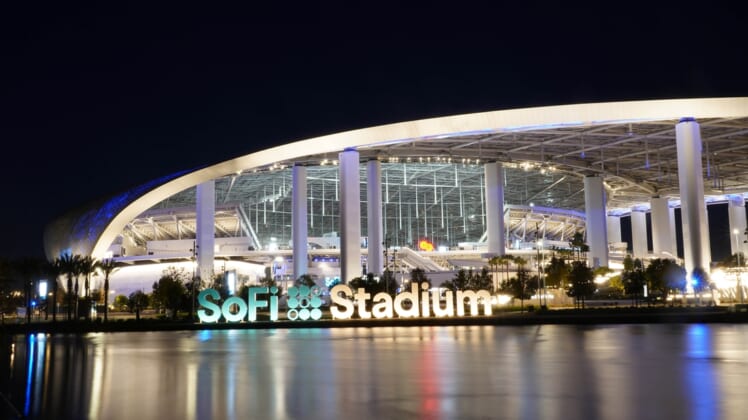 The Los Angeles Galaxy and Los Angeles FC will bring soccer for the first time to the $5 billion SoFi Stadium in Inglewood, Calif., when the MLS rivals take on teams from Mexico’s Liga MX.

In an Aug. 3 showcase doubleheader at the home of the NFL’s Los Angeles Rams and Chargers, the Galaxy will take on Chivas of Guadalajara, while LAFC will play against Club America.

The twinbill is the precursor to the expanded Leagues Cup, which will debut a new format in the summer of 2023. The Leagues Cup was held in 2019 and 2021 and was contested between four MLS teams and four Liga MX clubs.

Mexico’s Cruz Azul won the inaugural event in 2019 and Leon from Mexico won in 2021. The event was not contested in 2020 because of the COVID-19 pandemic and will not be contested in its traditional format this year, outside of the August exhibition doubleheader.

In 2023 version of Leagues Cup will include all 47 teams that comprise MLS and Liga MX. It will conclude with a championship game in Allegiant Stadium at Las Vegas.

The Galaxy is led by Javier “Chicharito” Hernandez, who made his professional debut with Chivas of Guadalajara in 2010. It will be the fourth ever meeting between the clubs.

“There’s a great history of big soccer matches being played in the United States and in Los Angeles, dating back to the 1994 World Cup, the 1999 Women’s World Cup, and all of the big games that the LA Galaxy has been a part of,” Galaxy president Chris Klein said in a release. “Having the opportunity to play against a storied franchise in Liga MX is an honor that we are looking forward to.”

LAFC will be facing Club America for the second time. LAFC earned a 3-1 victory in the first meeting during the 2020 CONCACAF Champions League semifinals.

“Los Angeles is showing, yet again, why it is one of the top sports cities in the world, and it is an honor for our club to have the opportunity to compete in this showcase,” LAFC co-president and CBO Larry Freedman said.

With a capacity of 70,000, SoFi Stadium played host to its first Super Bowl in February.