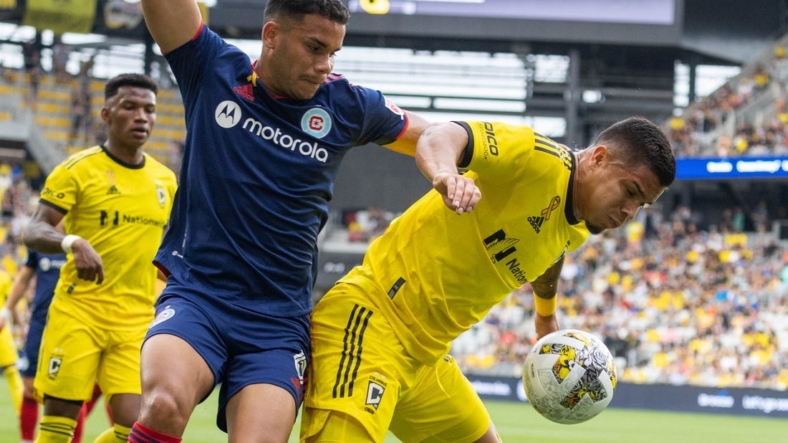 Gabriel “Gaga” Slonina made nine saves for his 12th shutout of the season as the Chicago Fire tied the host Columbus Crew 0-0 on Saturday.

Columbus led 25-6 in shots but couldn’t solve Slonina. The 18-year-old from Addison, Ill., will transfer to Chelsea of England’s Premier League after the MLS season.

Slonina, who had five saves in a 0-0 tie against New England on Wednesday, made his third and best save of the first half in the second minute of stoppage time, diving to grab a strike by Derrick Etienne Jr. The Fire did not have a shot in target through 45 minutes.

The Crew kept knocking on the door. A Cucho Hernandez header off a corner kick missed by a few feet early in the second half.

In the 61st minute, the Crew was on the break and Lucas Zelarayan ripped a shot that Slonina somehow stopped. Two minutes later, Hernandez, who scored eight goals in his first eight games after joining the Crew in July but was scoreless in two straight, tested Slonina again to no avail.

Chicago’s last goal was by Chris Mueller in the 49th minute of a 4-1 loss at Philadelphia on Aug. 13. That was followed by consecutive 2-0 defeats before the New England result.

Mueller had the Fire’s first shot on goal vs. the Crew in the 73rd minute.