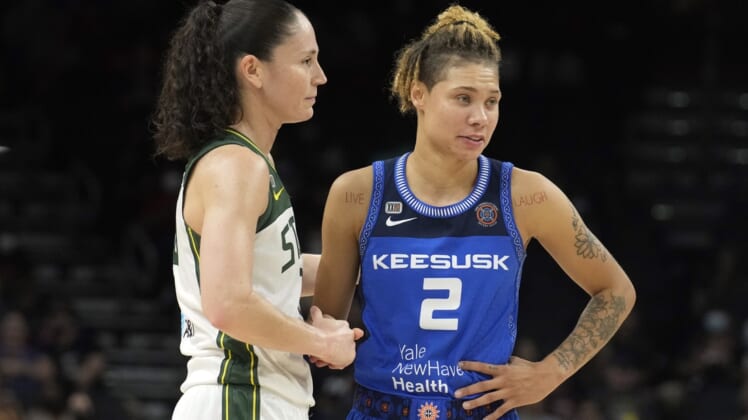 Guard Natisha Hiedeman will return to the Connecticut Sun for a fourth season in 2022.

“We are excited about the re-signing of Natisha Hiedeman,” Miller said. “Natisha is coming off a career year and has been an important offensive spark plug for us off the bench. She can facilitate and score, but her value extends beyond the court as she is an excellent teammate. Her future with the Sun is bright.”