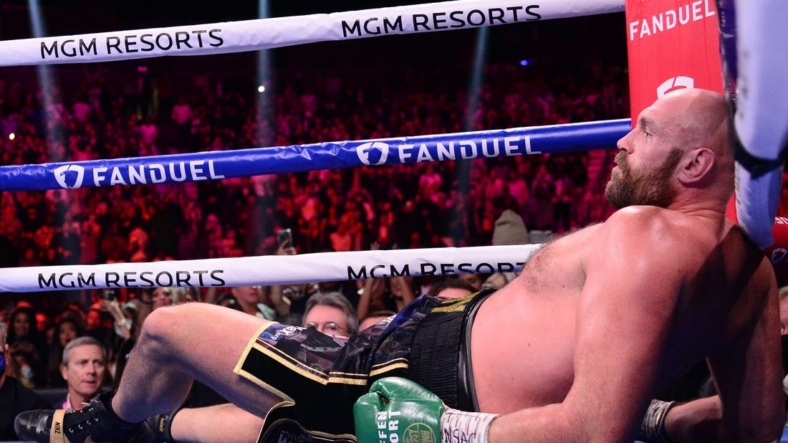 Brits Anthony Joshua and Tyson Fury are set to square off in Wales on Dec. 3.

Joshua’s management team, 258, announced Tuesday in a social media post that terms of the bout were accepted: “258 and Matchroom Boxing can confirm, on behalf of Anthony Joshua, that we accepted all terms presented to us by Fury’s team for a fight Dec. 3 last Friday.”

Negotiations were halted “due to the Queen’s passing,” last week.

The deal includes a 60-40 take for Fury, who said last month he was “walking away” from the sport.

Fury, the undefeated heavyweight champion has said “bon voyage” to boxing before, and sounded serious with his latest announcement on his 34th birthday.

“Massive thanks to everyone who had an input in my career over the years & after long hard conversations (I’ve finally) decided to walk away & on my 34th birthday I say bon voyage,” he posted on social media.