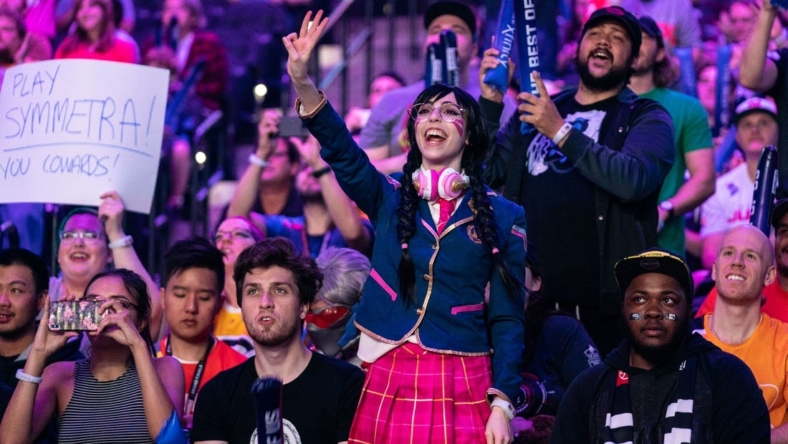 With fans in attendance for the first time in three years, the Dallas Fuel stormed back after dropping the first map to win three straight and down the Houston Outlaws 3-1 in Anaheim, Calif., on Thursday night, advancing to the grand final of the Overwatch League playoffs.

The loss sends the Outlaws to a do-or-die, lower-bracket final against the San Francisco Shock on Friday, with Houston looking to earn a rematch with the Fuel. A Shock win would create a grand final featuring the top two seeds from the regular season (Dallas finished first, San Francisco second).

The championship match is scheduled for Friday night.

The $2.5 million season-ending playoffs — which began with 12 of the 20 OWL teams — started in an online format but moved to the Anaheim Convention Center for Thursday’s and Friday’s matches. It’s the OWL’s first in-person playoffs since 2019.

The Fuel, who went 20-4 in the regular season, fell to Houston 2-1 on Nepal to open their upper-bracket final. But Dallas won 2-1 on King’s Row, 2-1 on Route 66 and 1-0 on Colosseo to complete their perfect run to the grand final.

The battle came after a pair of lower-bracket quarterfinals to open the day. First, the Shock made quick work of the Dynasty — 2-1 on Lijiang Tower, 3-1 on Paraiso and 2-1 on Dorado.

The Spark advanced in the next match. After Hangzhou won 2-1 on Lijiang Tower to open the match, London took King’s Row 3-2. Hangzhou answered with a 4-3 win on Route 66 then closed out the match 1-0 on Colosseo.

That set up Thursday’s final match. The Shock opened with a 2-1 win on Oasis, but the Spark took King’s Row 4-1 to even up the match. San Francisco again took the lead with a 4-3 win on Circuit Royal, and Hangzhou could not answer as San Francisco won 1-0 on Colosseo.