Fresh off sweep of Royals, Guardians take on Orioles 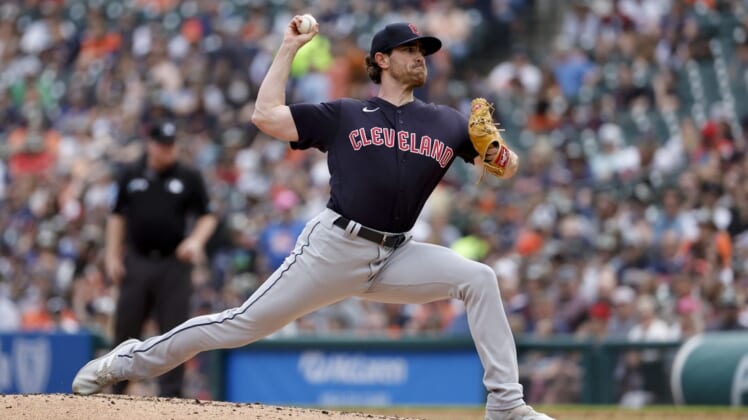 There’s no easing into the current part of the schedule for the Cleveland Guardians, and the importance of keeping a good stretch going can’t be understated.

That comes in part because the next opponent is the inconsistent Baltimore Orioles.

The teams meet for the first time this season Friday night when they begin a three-game series in Baltimore.

The Guardians, who have won four of their past five games, are winding down a stretch against teams with shoddy records after series against the Detroit Tigers and the Kansas City Royals. This figures to be a span when they need to take advantage of their opponents.

Cleveland had Thursday off after completing a three-game sweep of Kansas City. The pitching is rounding into form, as the Guardians have gone five games without giving up more than three runs.

That stretch began with Shane Bieber’s outing Saturday at Detroit, eight innings of one-run ball in an 8-1 victory. Bieber (2-3, 3.19 ERA) could be hitting his stride again going into his scheduled Friday start against the Orioles.

“It’s just such a pleasure,” Guardians manager Terry Francona said of watching Bieber when he’s in a groove. “I hope people realize what they’re seeing. He’s so good, so smart.”

The Orioles could be taxed when it comes to pitching after playing 10 innings Thursday in a 7-6 home loss to the Seattle Mariners. A move is expected prior to the Friday game because Joey Krehbiel departed Thursday night with a sore shoulder after a brief stint out of the bullpen.

“He wants the ball, wants to pitch and said he was fine,” Orioles manager Brandon Hyde said. “We could still tell. He was trying to talk me out of (replacing him).”

The Orioles don’t figure to replace rookie catcher Adley Rutschman. Though the 2019 No. 1 overall draft selection has been much discussed since making his major league debut on May 21, his offense is bound to perk up. He is batting .163 with no RBIs through 11 games.

“Adley has only got a handful of at-bats,” Hyde said. “He’s going to learn every game. He’s going to make some adjustments.”

Baltimore has alternated losses and wins across its past nine games. Before the Thursday setback, the Orioles had given up 10 and 12 runs in their previous two defeats.

The Guardians will try to build on their momentum behind Bieber, who worked at least six innings in each of his past three starts. He went 1-1 with a 1.71 ERA in that span.

“I’ve tried to make adjustments all year,” Bieber said. “Find that rhythm, find myself. I’ve been battling through it. Some good, some not so good.”

His curveball might be rounding into form based on his most recent start.

“I think everything is getting there,” said Bieber, who turned 27 this week. “I feel good. It’s really about keeping that momentum moving forward. Your progression, your competitiveness, just got to keep it going.”

In two career outings against Baltimore, Bieber hasn’t allowed a run across 17 innings while racking up a 2-0 record and 26 strikeouts without issuing a walk.

Left-hander Bruce Zimmermann (2-3, 4.53 ERA) gets the call for the Orioles. He has gone almost a month since his last victory. In 26 career appearances (24 starts) in three major league seasons, he has never faced Cleveland.