This might not be the equivalent of the Boston Tea Party, but one local bar in Massachusetts is looking for a way to promote its company by selling “Free Brady Blonde IPA.” 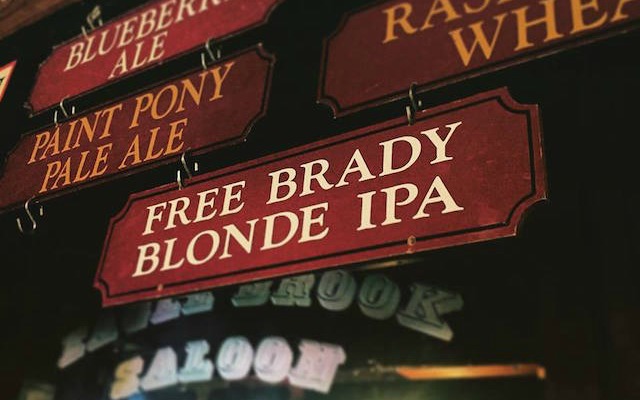 IPA is the way to go with stuff like this. It’s pretty much a beer that everyone has a taste for. Blonde? Well, that’s just plain odd.

Some may think this is ridiculous, but at least Eagle Brook Saloon is donating $1 to Brady’s favorite charity for each beer that is purchased.

We are willing to award points for creativity here. It sure beats the heck out of setting up a rally at Gillette Stadium or using GoFundMe for ALL the wrong reasons.

Brady’s appeal of the four-game suspension levied against him by the NFL for his alleged role in Deflategate is slated to be heard June 23rd.

Until then, drink up!