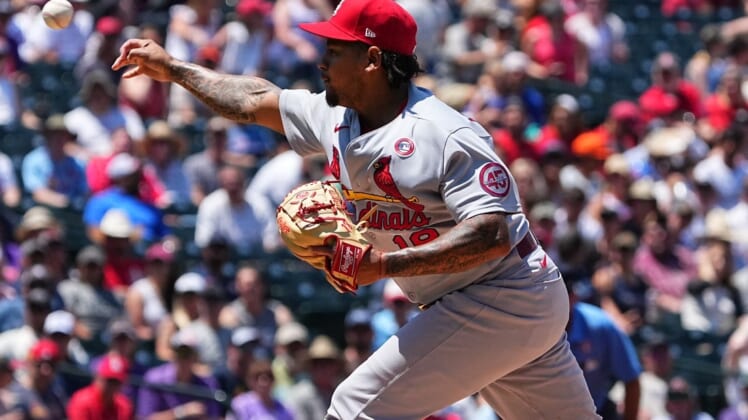 Martinez, who played his entire nine-year MLB career with the St. Louis Cardinals, is a free agent. He tested positive for Ibutamoren, a banned performance-enhancing substance.

The two-time All-Star missed the second half of the 2021 season with a torn thumb ligament. The Cardinals chose to decline his option, and he signed a minor-league deal with the San Francisco Giants in March.

Martinez did not make the Giants’ big-league club and was reportedly granted his release April 28. He signed a minor-league deal with the Boston Red Sox earlier this month but was cut after making two starts for Triple-A Worcester, in which he went 0-2 with a 20.77 ERA.

The 80-game suspension without pay is the collectively bargained penalty for a player’s first positive test. A second test would incur a 162-game ban and a third test would mean a lifetime ban.