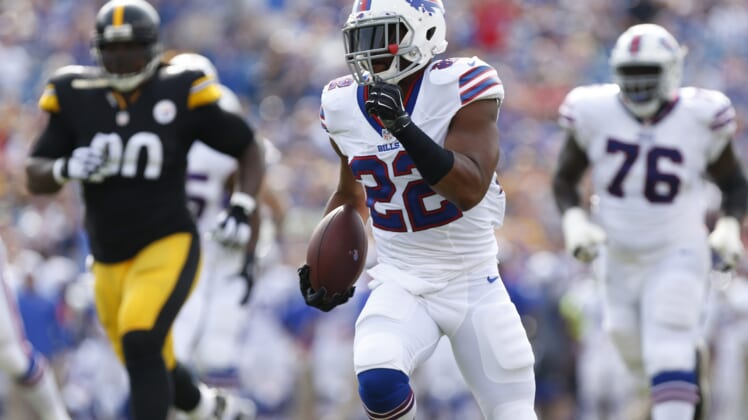 For years, free agent Fred Jackson was one of the NFL’s best all-around running backs as a member of the Buffalo Bills. Now at the age of 36, the veteran still has not signed his retirement papers and hopes to keep his NFL dream alive.

Fred Jackson says he hasn't signed retirement papers, still wants to play. But knows reality that he's 36. Hoping to get a call.

Jackson didn’t play at all last year. The last action he saw came in 2015 as a member of the Seattle Seahawks. He touched the ball just 58 times that season for a total of 357 yards and two touchdowns, both through the air. Jackson’s numbers on the ground were slipping the last two years he played, when he averaged 3.7 and 3.8 yards per carry, respectively.

With all that in mind, it seems highly unlikely Jackson will get the call he hopes to receive. The NFL isn’t kind to old running backs, especially since it seems like every year teams find excellent value in the latter rounds at this position.

Still, we credit Jackson for the passion he has for the game and wish him well in his pursuit of the dream.