The 31-year-old free agent started 11 of his 14 games with the Arizona Cardinals in 2020 following an eight-year run with the Cincinnati Bengals.

He registered 56 tackles and three interceptions with the Cardinals, boosting his career totals to 358 tackles, 13 picks and three sacks in 113 games (78 starts).

He has returned two interceptions for touchdowns in his career, one against Baltimore’s Joe Flacco in 2013 and another against Denver’s Peyton Manning in 2014.

Cincinnati selected Kirkpatrick in the first round (17th overall) of the 2012 NFL Draft out of Alabama. 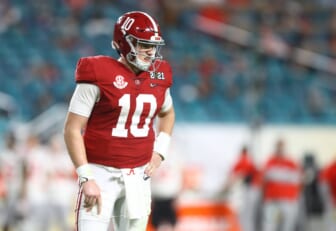