Okafor, 30, played in 21 regular season games (nine starts) and three postseason contests for the Chiefs over the past two seasons, including the Super Bowl LV loss to the Tampa Bay Buccaneers in February.

He tallied 16 tackles, 10 quarterback hits, three sacks and one forced fumble in 11 games in 2020, when he spent time on injured reserve with a hamstring injury. 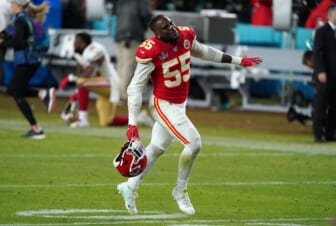 He was a fourth-round pick by Arizona out of the University of Texas in 2013.

The Chiefs had reportedly pursued free agent pass-rusher Melvin Ingram, who agreed to a one-year deal Monday with the Pittsburgh Steelers.