Free agency or NFL Draft: Where will the Raiders make a splash? 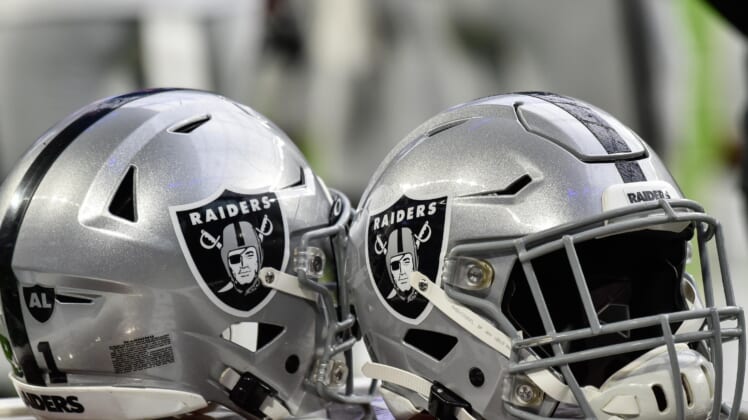 The Las Vegas Raiders are going to make a splash this NFL offseason. That’s not a narrative. It’s happening.

Head coach Jon Gruden and Co. will want to excite their new fan base in the desert metropolis after relocating from Oakland. It’s going to lead to some exciting times in Vegas.

It’s also likely going to lead to Derek Carr’s tenure with the Raiders concluding. That’s where we will start in focusing on what Las Vegas plans to do this spring.

The quarterback: By now it’s well known that Carr is not on firm footing with the Raiders. They will soon look to trade the Pro Bowl signal-caller.

A replacement: We’re already hearing reports of the Raiders kicking the tires on the biggest name on the free-agent market.

Working the cap: Fresh off a surprising seven-win season, the Raiders are in a great cap situation. This should help the team go after big-name free agents.

Free-agent targets: As noted before, Las Vegas has a ton of cap room to exhaust on free agents. Outside of the quarterback position, there are major needs here.

Free agency is not expected to be bountiful at the wide receiver position. Las Vegas could chase after veteran A.J. Green, but that comes with a risk. Instead, the Raiders look at a 27-year-old receiver that has averaged 824 yards over the past three seasons.

Richie Incognito was more than fine next to fellow guard Gabe Jackson in 2019. At issue here is Incognito’s advanced age and the fact that Jackson has missed nine games to injury over the past two seasons. In targeting a 28-year-old three-time Pro Bowler, the Raiders would be finding a long-term solution. They have the cash to offer Scherff the $13-plus million he’ll demand annually in free agency.

We were pleasantly surprised by the performances of rookies Maxx Crosby and Clelin Ferrell this past season. The two combined for 22 quarterback hits and 14.5 sacks. However, Las Vegas needs to add a proven pass rusher. Coming off some struggles over the past three seasons, Atlanta is not bringing the 27-year-old Beasley back in free agency. He could be a nice buy-low option for the Raiders after racking up 37.5 sacks in his first five NFL seasons.

Noticing a theme here? Las Vegas should be targeting young free agents coming off their rookie deals. The idea is to plan for beyond the 2020 season. Too often, Gruden and general manager Mike Mayock have targeted over-the-hill veterans. That can’t be the case this spring. In targeting Burns, Las Vegas looks to add a still-young 24-year-old cornerback with a wealth of starting experience.

NFL Draft time: Las Vegas has two first-round picks and multiple third-round selections to improve this budding young roster. Here’s a look at what we’d do during the early stages of the draft in Vegas come April.

The Raiders are desperate for play-making linebackers. That’s exactly what Simmons is, too. He’s an athletic marvel who will only get better with time as he gets into an NFL training room and starts adding bulk to his 6-foot-4, 230-pound frame.

The best aspect of his game is that he’s so athletic that he can play a hybrid safety spot in certain packages and is a coverage specialist. The Raiders would be giddy to land this guy and team him up with his college teammate, Clelin Ferrell, once again.

We had Las Vegas going with a wide receiver here in a previous version. Instead, Jon Gruden and Co. go with that flashy pick as they transition to Vegas. Hurts impressed during the Senior Bowl and is quickly climbing the draft boards.

Getting a dual-threat quarterback like Hurts to replace the struggling Derek Carr makes all the sense in the world. Even if he’s not starting out of the gate, Hurts could quickly become the face of the Las Vegas Raiders.

This is a follow up to our previous suggestion. Las Vegas bites the bullet and gives up a third-round pick in the 2020 NFL Draft and another selection in 2021 to bring in Newton as a stop-gap option. The team then starts Newton for a season or two while Jalen Hurts learns the nuances of the quarterback position. It’s the best of both worlds.

Given the lackluster free-agent market at receiver, Las Vegas will likely have to get creative here. Sure, the team would like to pull off another blockbuster trade for someone like Odell Beckham Jr. That’s not happening.

Davis is a big-bodied receiver who had a ton of success in college. He’s seen as pro-ready, and could help Newton or whoever is under center out of the gate.

The Raiders have a unique ability to both build through the draft and add some long-term options in free agency this spring. Las Vegas is going to be an attractive destination. They have the cap room, too.

Trading for Newton would be that sexy move to excite the Nevada fan base. Bringing in Hurts as a long-term option would do that as well.

From there, Las Vegas finds long-term options at need positions in that of Brandon Scherff and Vic Beasley.

This would enable the Raiders to both contend in 2020 and keep their eye to the future. It just makes too much sense.