Fred Hoiberg removes himself from consideration for Ohio State job 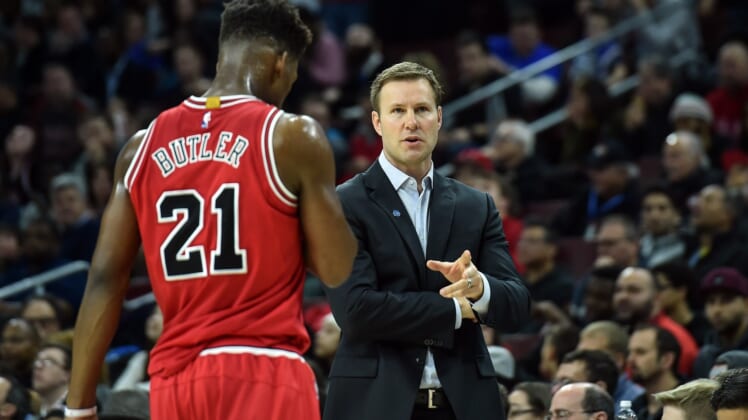 There has been a lot of buzz surrounding current Chicago Bulls head coach Fred Hoiberg being a hot candidate to replace Thad Matta at Ohio State.

It all started when Gary Parrish of CBS Sports reported Hoiberg was “a real candidate” to replace Matta, who parted ways with the Buckeyes in a stunning development.

However, Hoiberg shut all this talk down with a pretty simple message of loyalty to his current team.

Fred Hoiberg: "Anytime your name is associated with great job, it's an honor. But I'm head coach of the Bulls/have no intention of leaving."

Hoiberg has been on the hot seat throughout much of his tenure in Chicago — pretty much ever since he arrived. The franchise had high expectations heading into the 2016-17 season but ultimately failed to do anything impressive, going 41-41 before getting knocked out of the playoffs by the Boston Celtics in the first round.

It wouldn’t have been all that surprising for Hoiberg to see Ohio State as perhaps a better gig. But apparently he’s dead set on making his mark in Chicago, a city with championship-or-bust aspirations ever since the Michael Jordan era.