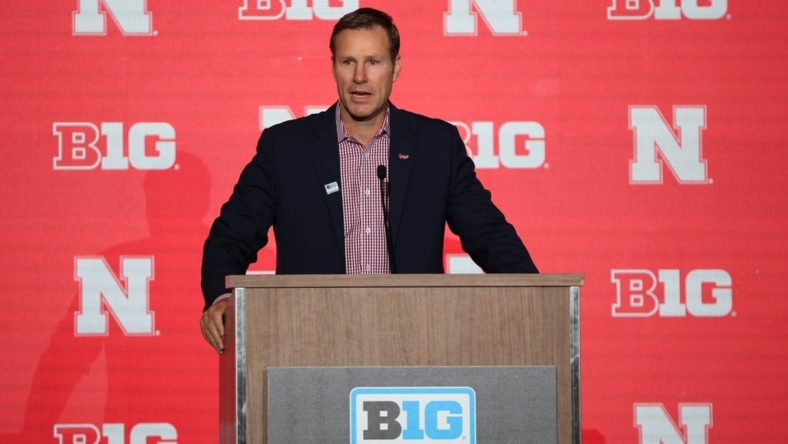 The fourth season of the Fred Hoiberg era at Nebraska gets underway Monday when it opens the 2022-23 campaign against Maine in Lincoln, Neb.

The Cornhuskers are coming off a 10-22 season, going 4-16 in Big Ten play. Both of those marks are the best so far under Hoiberg, who had his contract restructured in February to reduce his annual salary and buyout. The school made a similar move with football coach Scott Frost, who has since been fired after a 1-2 start to the 2022 season.

“I’m really excited about our group,” Hoiberg said at Big Ten Media Days in mid-October. “I have a team that’s got great toughness and length. I can say that’s the first time we’ve had a group with positional size across the board, which is so important in this league.”

Maine went 6-23 in 2021-22, its 11th consecutive losing season, but is now under new management. The Black Bears hired alum Chris Markwood, who played guard at the school from 2003-05 and was an assistant for the program from 2006-11 before spending time on the staffs at Vermont, Northeastern and Boston College.

“It’s going to take time to get the chemistry right,” said Markwood, who returns eight players but added nine newcomers. “Defensively, I think this team has a chance, especially on the perimeter, to be disruptive.”

Maine, picked last in the nine-team America East Conference, has not beaten a power conference opponent since knocking off Boston College and Penn State in 2010.

Nebraska has lost its season opener two of the previous three years, falling 75-74 at home to Western Illinois last November.