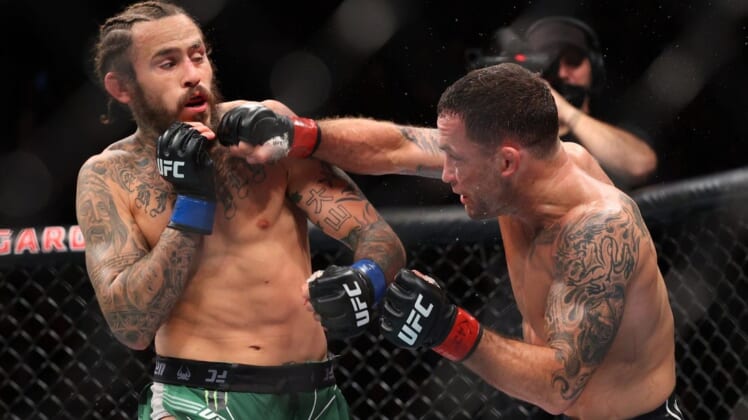 Frankie Edgar wants to end his career on his terms, and he’d like the chance to do so with one final appearance in the UFC this year.

Edgar, who turns 41 in October, told ESPN that he has asked the UFC for a bantamweight fight at UFC 281 on Nov. 12 The event is expected to take place at Madison Square Garden in New York, which would provide quite the stage for a finale to the career of the man known as “The Answer.”

“I’ve been kicking the idea of retirement around since my last fight,” Edgar told ESPN. “The last two fights obviously didn’t go the way I wanted them to. If I’m being honest, I would fight forever — but that’s kind of selfish to my family and the people that care about me. I need to announce my retirement so I can have a retirement fight and sail off into the sunset.”

Edgar (24-10-1) fell to 1-4 in his last five bouts after sustaining consecutive knockout losses to Corey Sandhagen and Marlon Vera in 2021.