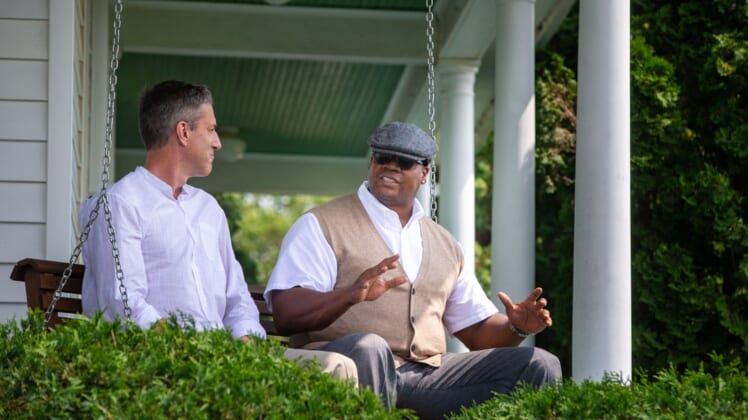 Kevin Burkhardt of Fox Sports and Frank Thomas film a video at the Field of Dreams movie site outside of Dyersville, Wednesday, Aug. 11, 2021.Fieldofdreams45 Jpg

Baseball Hall of Fame member Frank Thomas bought a controlling interest in the Field of Dreams movie site in Dyersville, Iowa, with an eye toward expansion.

Go the Distance Baseball announced the sale to Thomas’ group, This is Heaven, on Thursday. Thomas is teaming with Chicago entrepreneur and real estate developer Rick Heidner, who was an investor in the original ownership group and will retain his minority investment.

Terms were not announced. The deal includes All-Star Ballpark Heaven, which operates youth baseball tournaments in the city.

Thomas will serve as chief executive officer, and Dan Evans, the former general manager of the Los Angeles Dodgers, will be the chief operating officer.

“We are excited to lead the future development and expansion of the Field of Dreams in a collaborative spirit with our neighbors and government officials,” Thomas said via a press release. 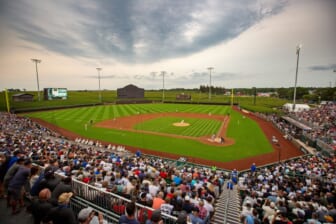 The site consists of more than 190 acres, the majority of which remains a working cornfield.

Additional details were expected to be disclosed at a news conference set for Thursday afternoon.

The Field of Dreams site rose to prominence following the release of the 1989 movie of the same name starring Kevin Costner. Last month, the complex hosted its first-ever major league game when Thomas’ former team, the Chicago White Sox, defeated the New York Yankees in a 9-8 thriller.

Thomas was at the game as part of the Fox Sports broadcast crew.

Thomas, 53, played for the White Sox from 1990 to 2005, followed by stints with the Toronto Blue Jays and Oakland Athletics. A career .301 hitter, he was a two-time American League MVP and retired with 521 career home runs and 1,704 RBIs.

MLB is set to return to the Field of Dreams on Aug. 11, 2022, when the Chicago Cubs meet the Cincinnati Reds.