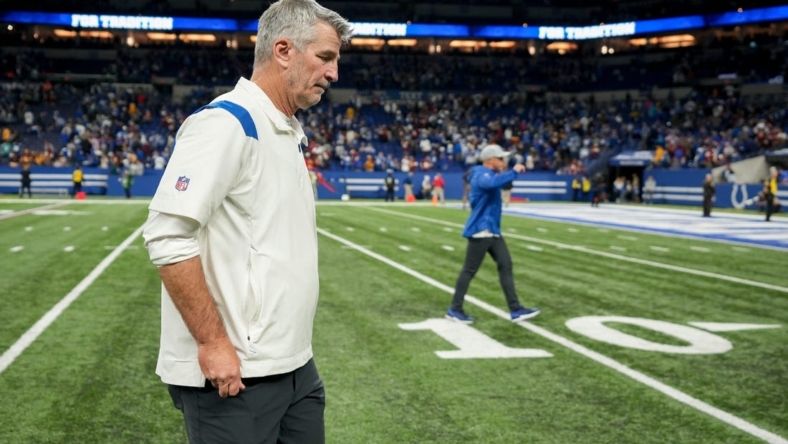 The Indianapolis Colts fired head coach Frank Reich on Monday after a 3-5-1 start to the season.

The team announced it had “parted ways” with Reich. The Colts did not immediately name an interim head coach.

The move comes one week after the team fired offensive coordinator Marcus Brady and two weeks after turning to Sam Ehlinger as the new starting quarterback.

The Colts lost to the New England Patriots on Sunday, 26-3, marking their third straight loss.

Reich fell on his sword after Sunday’s latest setback.

“It was a poor performance, especially on offense,” Reich said. “Starting with me, right?

“That’s what I said in the locker room. The offensive performance, that’s why I was brought here. That’s my responsibility. So we got the players. We’ve got the players that are plenty good enough.”