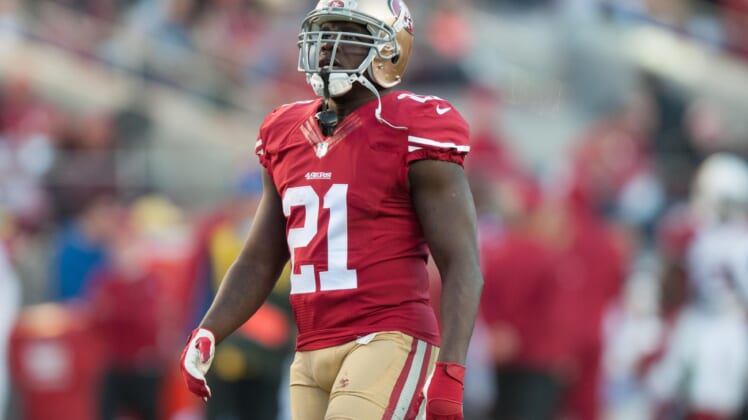 Frank Gore signed multiple contracts with the San Francsico 49ers during his legendary career. The last one he signs, a one-day contract, will be especially meaningful as he retires from the NFL.

Gore, age 38, was drafted by San Francsico with a third-round pick in the 2005 NFL Draft. Coming out of Miami, he showed promise in his rookie season (608 rushing yards) and then blossomed into one of the best NFL running backs during his era.

While his 16-year career also included a few other stops – stints with the Indianapolis Colts, Buffalo Bills, Miami Dolphins and New York Jets – he spent 10 seasons in San Francisco and that’s exactly the team he will end things with.

In an interview with TheSFNiners.com, Gore revealed that he is retiring from the NFL and is in the process of finding the right time to sign a one-day contract with the 49ers.

“We still trying to figure out when I’m gonna go and do my one-day contract, do my retirement. I told Jed York, I always want to be a Niner. We’re working on that right now.”

Frank Gore on his plan to retire with the San Francsico 49ers, via TheSFNIners

As Gore heads off into retirement, he leaves the NFL ranked third in all-time career rushing yards (16,000), ahead of greats like Barry Sanders, Adrian Peterson. Erick Dickerson and Curtis Martin. He is tied with Ottis Anderson for 19th on the all-time rushing touchdown leaderboard (81).

While Gore is currently pursuing a boxing career, he is also very interested in joining the 49ers’ front office.

“I love looking at talent. I love evaluating talent and I love ball. They know that I know football players, what it’s supposed to take to be a football player.”

Gore’s love for football is unquestioned and whether he is evaluating talent or coaching up running backs, there is a future for him.