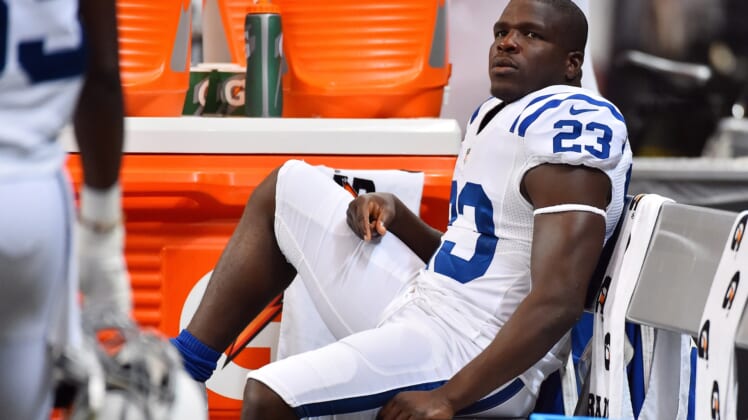 Indianapolis Colts running back Frank Gore added to his Hall of Fame credentials on Sunday against the Chicago Bears. The five-time Pro Bowl running back passed NFL legend Jim Brown for ninth place on the all-time rushing list.

It really is an amazing accomplishment, especially in today’s NFL where running backs are not valued at the level they used to be.

Gore, 33, is still going strong for Indianapolis this season. He’s on pace for over 1,200 total yards and is averaging four yards per rush.

The former San Francisco 49ers star entered the year with over 3,100 touches and 15,509 total yards in 11 NFL seasons. He now sits atop one of the greatest running backs to ever suit up.

Next up for Gore is former Dallas Cowboys ball carrier and Hall of Famer Tony Dorsett for eighth on the all-time list. Should Gore finish out his contract with the Colts, there’s a good chance he will climb to No. 4 on the all-time list when all is said and done.

Not too shabby for a third-round pick that entered the league with tremendous injury concerns.