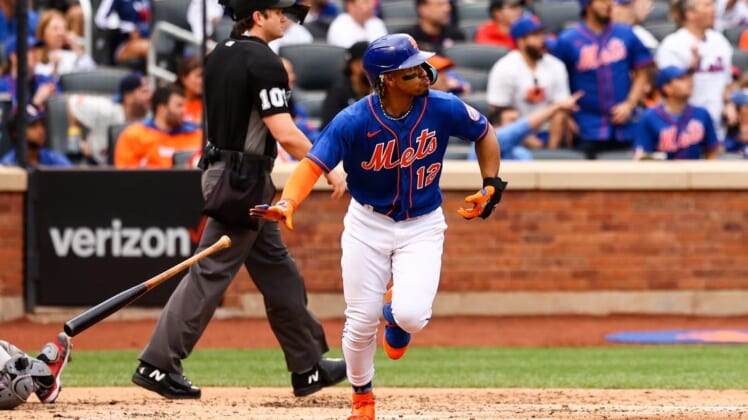 The Mets have won the first two games of the four-game set and five of their last six overall. The Marlins have lost three straight and five of six.

Lindor, whose mother is watching him play at Citi Field this weekend for the first time since Lindor joined the Mets in 2021, hit a two-run homer in the third to extend New York’s lead to 3-0. As he crossed home plate, the shortstop pointed to members of his family sitting in a suite, just as he did after hitting a three-run homer in the first inning of Friday’s 10-4 victory.

Lindor’s homer and Jeff McNeil’s second-inning RBI single off Braxton Garrett (1-2) provided the support for Walker (5-2), who allowed one run on two hits and one walk while striking out nine over 6 2/3 innings.

Walker gave up an infield single to Jon Berti leading off the first and struck out the next three batters to strand Berti, who stole second and third. The Marlins hit just three balls out of the infield through the sixth inning against Walker, who struck out the side again in the fifth.

Jazz Chisholm Jr. broke Walker’s streak by drawing a leadoff walk in the seventh. Chisholm stole second with one out, went to third on Garrett Cooper’s fly out to center and scored when Avisail Garcia doubled to chase Walker.

Drew Smith struck out Lewin Diaz to end the seventh and threw a perfect eighth before Berti sparked a rally in the ninth against Edwin Diaz. Berti hit a leadoff single, stole second, went to third when the throw by catcher Tomas Nido sailed into centerfield and scored on a two-out single by Cooper.

But with pinch-runner Luke Williams at second base following a stolen base, Diaz struck out Garcia to close out his 14th save.

Starling Marte had two hits for the Mets.

Garrett allowed three runs on five hits and two walks while striking out none over four innings.