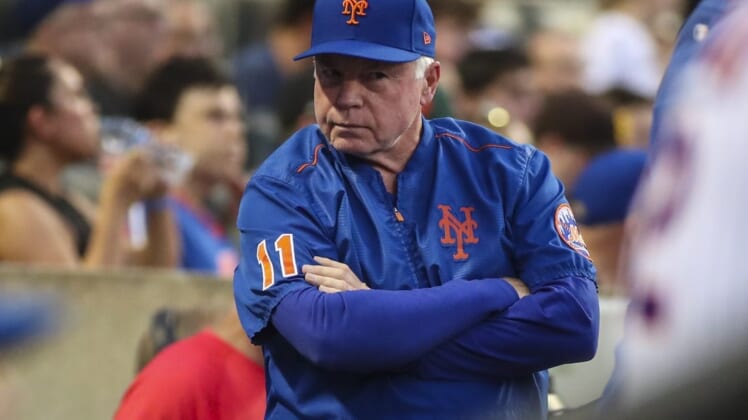 Francisco Lindor had three hits and three RBIs to lift the host New York Mets to an 8-5 win over the Atlanta Braves on Saturday afternoon in the opener of a doubleheader.

The Mets have won two of the first three contests in the five-game series to extend their lead over the Braves in the National League East to 4 1/2 games.

Peterson (6-2), who was recalled from Triple-A Syracuse prior to the game, had three walks and five strikeouts in his first start for the Mets since July 17.

Peterson had just one 1-2-3 inning but held the Braves hitless in five plate appearances with runners in scoring position. Atlanta loaded the bases with two outs in the first inning before Peterson got Robbie Grossman to line out to the shortstop.

The Mets staked Peterson to a 2-0 lead in the bottom of the first inning after Pete Alonso and Daniel Vogelbach had back-to-back RBI singles against Jake Odorizzi (4-4), who made his debut with the Braves.

Jeff McNeil had an RBI single in the third inning and Lindor laced New York’s lone extra-base hit, a two-run double, in the sixth.

The Braves scored twice against Seth Lugo in the seventh inning after Ronald Acuna Jr. and Matt Olson had RBI singles. But the Mets responded with three runs in the bottom half via run-scoring singles by James McCann and Starling Marte and a sacrifice fly by Lindor.

The three hits tied a season high for Lindor.

The Braves scored three times in the ninth inning with Olson recording an RBI single and Robbie Grossman adding an RBI double off Yoan Lopez. Edwin Diaz entered and induced William Contreras to hit into a run-scoring groundout before striking out Eddie Rosario to earn his 25th save.

Odorizzi, who was acquired from the Houston Astros on Monday, gave up three runs (two earned) on six hits and three walks while striking out four over 4 2/3 innings.