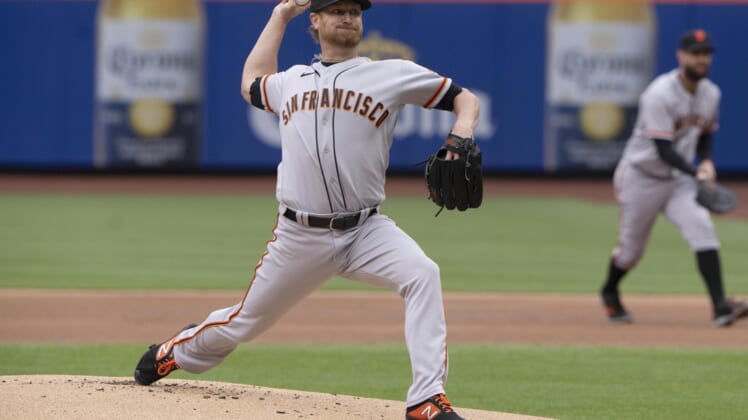 Francisco Lindor’s RBI single in the 10th inning capped a comeback by the host New York Mets, who beat the San Francisco Giants 5-4 Tuesday in the first game of a doubleheader.

The Mets have won five of six. The Giants had their five-game winning streak snapped.

Jeff McNeil led off the 10th against Jarlin Garcia (1-1) by grounding out to first, which sent automatic runner Brandon Nimmo to third. Starling Marte worked a walk before Lindor — whose RBI double in the fifth capped a three-run rally and tied the game — singled cleanly to center for his fourth career walk-off hit and first with the Mets.

Adam Ottavino (1-0) stranded a pair of runners in the top of the 10th.

Marte built the Mets’ first run in the first inning. He singled, stole second, took third on a throwing error by catcher Joey Bart and scored when an Alex Cobb pitch to Lindor bounced just beyond the dirt around home plate.

The Giants went ahead 4-1 in the third on a two-out two-run single by Brandon Crawford.

The Mets tied the game in the fifth. J.D. Davis legged out an infield single that skittered just fair down the third base line. Jankowski then beat out the back end of a potential double play ball — he was originally called out before the Mets challenged — and James McCann and McNeil followed with opposite field doubles on consecutive pitches.

One out later, Lindor doubled to right field.

Vosler, Crawford and Thairo Estrada all had two hits apiece for the Giants.

Cobb exited immediately after the McNeil hit due to a sore right groin, He allowed four runs (three earned) on six hits and no walks while striking out four over 4 1/3 innings.