Francis Ngannou is no longer the UFC heavyweight champion after his stunning departure from the MMA world leader. However, that doesn’t mean he won’t have big-money fight options in front of him as the biggest free agent in combat sports.

Last week, UFC fans were stunned when it was revealed by company president Dana White that the promotion and their reigning heavyweight king could not come to terms on a new contract, and he was free to seek out a new fighting home after being released from his current contract.

The move was shocking, but not completely unexpected. Before his title defense in Jan. 2022, the Cameroonian let it be known he had no intention of fighting in the organization again until he received a significant pay raise. Furthermore, needing to undergo serious knee surgery and recovery after his UFC 270 win over Ciryl Gane only made waiting out the remaining time on his deal that much easier.

Despite rumors of a matchup with UFC legend Jon Jones, a booking and contract could not be finalized by both sides. Now, the rarity of a UFC champion hitting the open market has actually occurred, and “The Predator” is sure to soon get many big offers from around the combat sports spectrum.

With that in mind, let’s look at six possible opponent options for Francis Ngannou in 2023 and beyond.

A matchup between Francis Ngannou and boxing’s heavyweight king Tyson Fury has been pushed by both since last year. Now, with the MMA star no longer hampered by the shackles of a UFC contract, this rare matchup of two champions from two different combat sports could actually occur.

Fury is an avid cage-fighting and has claimed he would like to eventually make his debut in MMA. However, that won’t occur in this instance. This fight would definitely happen in boxing, meaning Ngannou being at a disadvantage, and having to rely primarily on his otherworldly punching power to shock the world.

Earlier this month, Jake Paul boldly announced his intention to compete in MMA this year for the Professional Fighters League. Part of his announcement included that future PFL MMA pay-per-view cards would award the fighters 50% of the revenue. With Ngannou banking on himself, a similar PPV-driven deal with PFL MMA makes a lot of sense.

Yet, who would the 36-year-old face? A case could be made for PFL 2022 heavyweight champion Ante Delija. However, that matchup would lack sizzle for casual fans. That’s why a bout with former UFC champion Fabricio Werdum is the best bet. 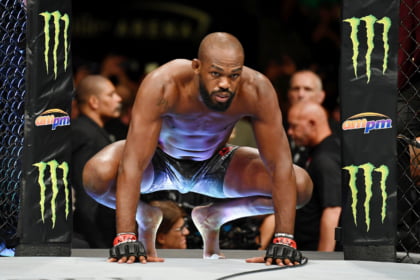 The two never met during their time in the promotion, and Werdum is one of the few big-name heavyweights outside the UFC. Considering his world-class grappling and fight savvy, he would also offer a legitimate threat to Ngannou. Plus, he has competed for the PFL in the past.

While Tyson Fury would be a difficult matchup in the boxing ring for the MMA slugger, a booking against former champion Deontay Wilder would be fascinating. Both are arguably the hardest-hitting heavyweights their respective sports have ever seen. Yet, Wilder is not as technical as the “Gypsy King” and it was why he lost in two of their three bouts.

Wilder vs. Ngannou may not garner the same interest as Fury vs. Ngannou, but it is still a major fight and opportunity for the former UFC champion to earn a possible eight-figure payday.

If Bellator MMA decides to get into the bidding for “The Predator” there is really only one fight to make, and that would be a clash with the winner of their upcoming heavyweight title fight at Bellator 290. 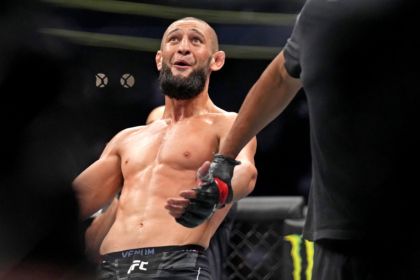 Be it Ryan Bader or Fedor Emelianenko, the fight would be the best the organization can offer up to the power-punching star. A clash with Bader means an interesting test against a talented wrestler who is a smaller and faster foe. If Ngannou were able to get one more fight from the MMA legend, a battle between the best heavyweight now versus the greatest of the previous generation is an easy bout to market.

ONE Championship is another MMA powerhouse that could jump into the bidding to acquire the former UFC champion’s services. They have a unification bout coming up on March 24 between former champion Arjan Bhullar and the man that won his vacated title, Anatoly Malykhin.

Like Bader vs. Emelianenko, facing the winner is the top matchup the promotion can give the free-agent fighter. Both would be legit tests and a solid B-side for the biggest heavyweight bout, by far, in ONE history.

If Ngannou is looking to cash in with minimal risk, there is always the option of a one-time jump into the fantastic world of WWE. The legendary wrestling company has a long history of having stars of combat sports enter the ring to take part as an official or actually get their hands dirty in a match.

The company’s biggest yearly spectacle, Wrestlemania, is only a few months away. A matchup featuring Francis Ngannou and the WWE’s top big man Braun Strowman would certainly have some serious mainstream appeal and be a fun way for the MMA superstar to broaden his entertainment horizons. 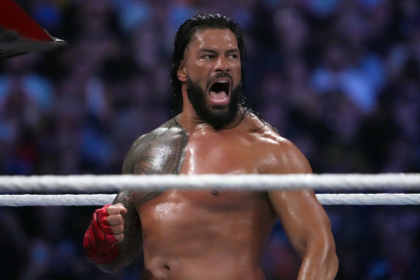