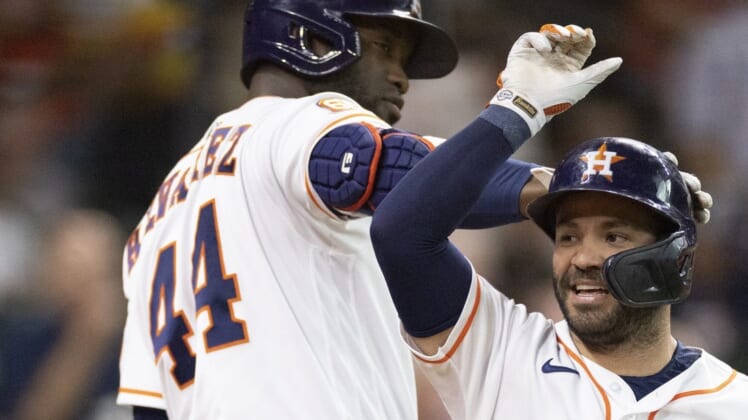 Framber Valdez gave up one run on two hits over seven innings to win his fourth consecutive start and Jose Altuve and Trey Mancini each homered to lead the Houston Astros to a 5-3 win over the visiting Minnesota Twins on Wednesday night.

It was the 21st consecutive quality start for Valdez (13-4), breaking the franchise record set by Mike Scott in 1986 en route to winning the National League’s Cy Young Award. Valdez walked four and struck out eight.

Luis Arraez had an RBI double for Minnesota, which lost its fifth straight game, the team’s longest losing streak of the season. Dylan Bundy (7-6) took the loss after allowing two runs on three hits in five innings. He walked one and didn’t strike out a batter.

Houston took a 1-0 lead in the first when Altuve drilled Bundy’s first pitch 400 feet to left for his 21st home run of the season. It was Altuve’s 10th leadoff homer of the season and the 31st of his career.

Minnesota tied it in the third when catcher Sandy Leon led off with a walk, advanced to third on Polanco’s double into the left field corner and scored on a sacrifice fly by Carlos Correa.

The Astros regained the lead in the bottom of the third. Martin Maldonado led off with a double and advanced to third on a single by Altuve. Yuli Gurriel then drove in Maldonado with a sacrifice fly.

Houston extended its lead to 5-1 in the sixth with three runs off Twins reliever Michael Fulmer.

Yordan Alvarez doubled, took third on a wild pitch and scored on a sacrifice fly by Alex Bregman. Kyle Tucker followed with a double, extending his hitting streak to a career-high 16 games, and then scored on Mancini’s 15th home run of the season, an opposite-field drive into the right field bleachers.

The Twins scored twice in the ninth when Gio Urshela led off with a bloop single and scored on a double by Arraez. Arraez later scored on a fielder’s choice by Jake Cave.