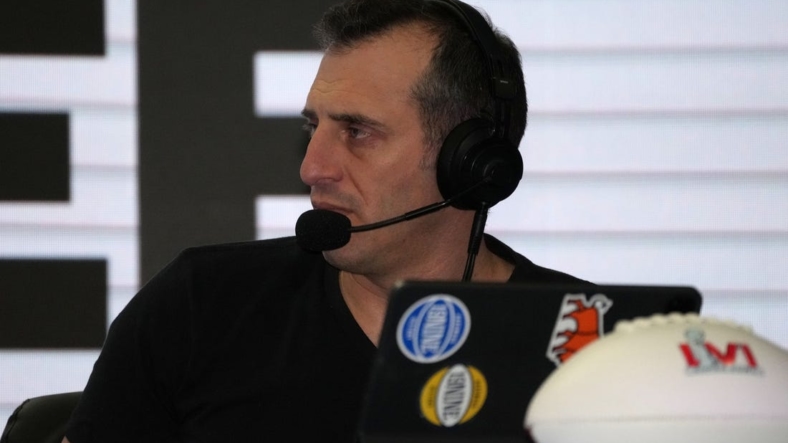 Fox Sports’ Doug Gottlieb issued a full mea culpa and apologized to baseball agent Casey Close over assertions the radio host made regarding the Freddie Freeman contract saga, saying Wednesday that he “simply got it wrong.”

Gottlieb’s full retraction — including deleting his original tweet — comes in the wake of Close’s libel lawsuit filed against Gottlieb in July.

Close, Freeman’s former agent, indicated that he will drop legal action against Gottlieb.

Gottlieb issued a statement Wednesday, taking it all back.

“While I always strive to report accurate information, I prematurely reported on these events and simply got it wrong,” Gottlieb said in the statement. “… I have learned that the conduct I alleged did not occur and that there was no credible basis for stating that it did.”

At issue was a Twitter post from Gottlieb on June 29 that said Close never informed Freeman of a final contract offer from the Atlanta Braves during free-agent negotiations in March.

“Casey Close never told Freddie Freeman about the Braves final offer, that is why Freeman fired him,” Gottlieb posted then on Twitter. “He found out in Atlanta this weekend. It isn’t that rare to have happen in MLB, but it happened — Close knew Freddie would have taken the ATL deal.”

Gottlieb’s post came the day after after Freeman fired Close and Excel Sports Management on June 28.

“My ultimate investigation into this matter confirms that Casey Close did, in fact, communicate all offers to Freddie Freeman and the sources I relied on were incorrect, in no uncertain terms,” Gottlieb added. “I appreciate the damage that misinformation like this can cause and have been in touch with Casey Close to apologize directly.”

Close issued his own statement Wednesday.

“From the onset, we were clear that Mr. Gottlieb’s tweet was wholly inaccurate and that we would seek legal remedies to set the record straight,” Close said. “He has retracted his statement in its entirety and acknowledged that he got the story wrong. We consider this matter closed.”