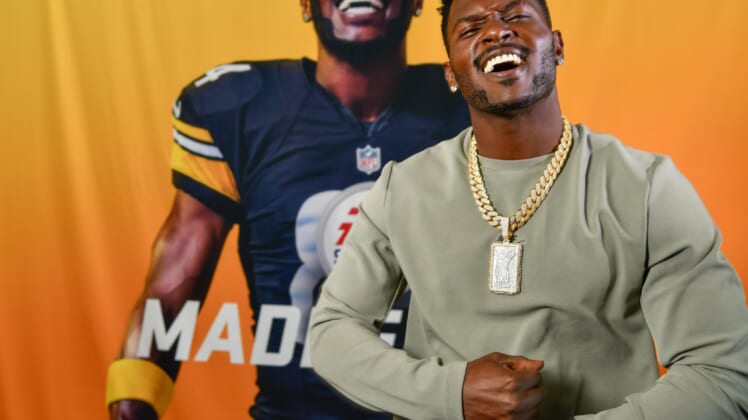 At a time when sports fans are missing their favorite form of entertainment, eSports is stepping up to fill the void. As NASCAR’s instant success with eSports is already demonstrating, now is the perfect time for traditional sports to embracing the gaming community and bring more eSports to the fans.

The importance for the NBA, NFL, MLB and NHL isn’t just about seizing on an opportunity when everyone is at home. This is about even more than merely reaching a national audience. eSports is a rapidly-growing global industry and every major sports organization and pro team should look to get in on the action.

The blueprint is already out there. NASCAR embraced iRacing within weeks of actual races being canceled due to the COVID-19 pandemic. Partnering with Fox Sports 1, the inaugural eNASCAR broadcast was a smashing hit and it generated 1.3 million viewers, an eSports record, for its second race on Sunday. Now, fans can bet on races and some of NASCAR’s most popular drivers are taking part in the action.

The NBA is taking the first step by preparing a players-only NBA 2K tournament, per Yahoo Sports. The 16-player tournament is expected to last 10 days and feature a strong cast of NBA stars. Basketball fans will get to see the likes of Kevin Durant, Trae Young, Donovan Mitchell, Devin Booker and Zach LaVine all compete. It all starts on Friday with the games expected to be broadcast on ESPN for fans to enjoy.

This should only be the start for the NBA. Other teams need to recognize what the Phoenix Suns did, inviting pro athletes to take part in their simulated season on 2K20, and use that same approach. Teams like the Los Angeles Lakers, Miami Heat and Boston Celtics should simulate the NBA Playoffs, providing their fans with a taste of what we are all missing. The NBA also would benefit from expanding the 16-team player tournament, potentially even allowing players to team up in games. We know these guys love to talk trash and it’s time for everyone to let it fly while playing some 2K.

MLB has received plenty of criticism for not better connecting with younger sports fans and failing to build a strong audience for the future. A suspended season creates obvious long-term concerns with growing the game, but those can be addressed if MLB unites with eSports.

Fortunately, MLB seems to be getting in on the action. It just held an MLB The Show players tournament, which can be found here, that featured prominent names like Blake Snell and Hunter Pence. It’s a nice first attempt, especially since most of the players that competed are young players and this will help them become more known. But MLB also needs to get more than just four players involved, even if it means using video games other than MLB The Show. Reach out to the likes of Trevor Bauer, Javier Baez, Bryce Harper and Juan Soto. Find the video games they love to play, partner with those game publishers and broadcast it all. This is a great way to promote some of baseball’s best, young stars. Once MLB returns, it will have marquee names drawing in young fans and it will grow the game.

Now, we’ll admit this one is far more lofty and it couldn’t happen this year. But it’s also been seven years since an NCAA Football game hit the shelves and fans can’t even play them on current consoles. Obviously, production of the game stopped following Ed O’Bannon’s case against the NCAA for the use of players’ likeness without compensating them. So, the NCAA moved on from the beloved video game and hasn’t looked back.

The tide might be shifting towards NCAA Football returning. Numerous states are passing laws that would allow student-athletes to be compensated for use of their name, image and likeness. In October, the NCAA finally relented and said it would allow its athletes to finally benefit from their brand. It would take time for a new NCAA Football game to be made and potentially just as long for the NCAA to figure out a system to compensate athletes in video games. But there is a far greater hunger for the game than ever before, just look at the cost of used copies of NCAA Football 2014 on Amazon. If this can happen, the NCAA would surge past all other sports for the most-coveted sports video game. From there, everything else would be easy.

As we detailed here, NFL players are already setting the stage for how the league should approach gaming. Stars like Tyreek Hill, Keenan Allen, DeSean Jackson and Tyrann Mathieu put their skills on display with a Madden 20 tournament on Twitch. They even got Michael Vick, who was a cheat code in Madden for years, to pick up the controller and take part in the tournament. Now it’s the NFL’s turn to take the virtual field and get involved.

The NFL has its own network to broadcast a players-only tournament and ESPN has clearly shown a willingness to broadcast eSports. Furthermore, FOX Sports would almost certainly also have an interest in televising a Madden clash between Tyreek Hill and DeSean Jackson. Better yet, have a tournament featuring Patrick Mahomes, Antonio Brown and Odell Beckham Jr. Three stars who graced the Madden cover in recent seasons, now duking it out with the game and raising money for charity. Everyone loves football and at a time when we desperately miss sports, broadcasting NFL stars lighting it up on Madden would draw the ratings.