Four-time Indianapolis 500 winner Al Unser Sr. died on Thursday after a 17-year battle with cancer. He was 82.

Unser died at his home in Chama, N.M., the Indianapolis Motor Speedway said on Friday.

His son, Al Unser Jr., won the Indy 500 on two occasions, making the duo the only father and son combination to win the race. Al Unser Sr.’s brother, Bobby, won the Indianapolis 500 on three occasions.

“My heart is so saddened. My father passed away last night,” Al Unser Jr. wrote on Twitter. “He was a Great man and even a Greater Father. Rest In Peace Dad!”

“Al’s combination of his quiet and humble approach outside the car with his fierce competitive spirit and fearless talent behind the wheel made him a fan-favorite,” Indianapolis Motor Speedway President J. Douglas Boles said in a statement. “He will be remembered as one of the best to ever race at Indianapolis, and we will all miss his smile, sense of humor and his warm, approachable personality.

“Our thoughts and prayers are with (his wife) Susan Unser, the entire Unser family, and all Al’s friends and fans.”

Unser Sr. was inducted into the Indianapolis Motor Speedway Hall of Fame in 1986 and International Motorsports Hall of Fame 12 years later. 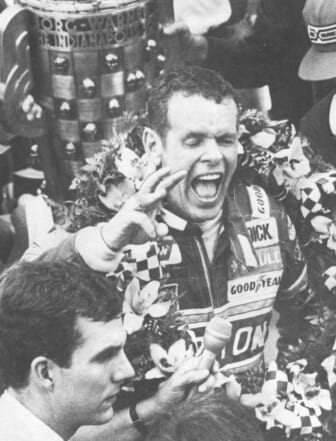