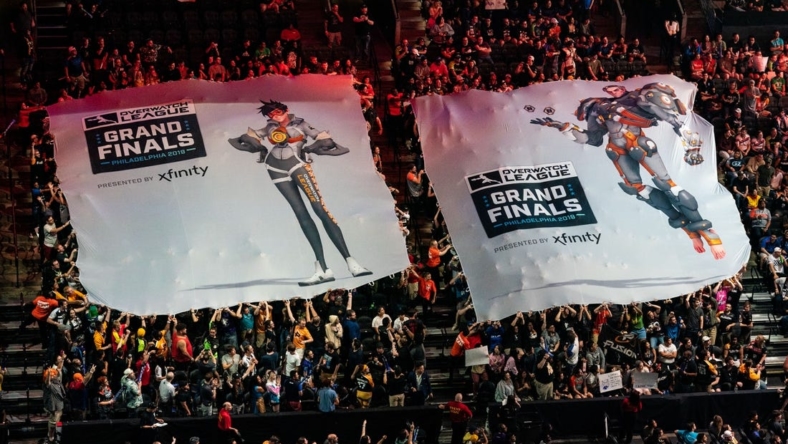 All four winning teams swept their respective matches Sunday on the first day of the Overwatch League playoffs in Anaheim, Calif.

The London Spitfire, Hangzhou Spark, Florida Mayhem and Houston Outlaws posted victories to advance to the upper-bracket quarterfinals, which are scheduled for Monday.

The Spitfire defeated the Philadelphia Fusion, winning 2-0 on Lijiang Tower, 3-2 on Eichenwalde and 3-2 on Route 66. The match’s MVP was Hadi “Hadi” Bleinagel of Germany.

The Mayhem, led by MVP Isaiah “Hydron” Rodriguez of the United States, knocked off the Atlanta Reign 2-0 on Lijiang Tower, 3-2 on King’s Row and 4-3 on Junkertown.

The Spark will next face the Dallas Fuel, the Mayhem will take on the Seoul Dynasty, the Outlaws will go up against the San Francisco Shock and the Spitfire will tangle with the Los Angeles Gladiators.

Sunday’s losers drop to the lower bracket in the double-elimination tournament and will await the losers of the upper-bracket quarterfinals.

This event marks the first in-person playoffs in three years, culminating with the grand final on Nov. 4. The grand prize is $1 million, while the runner-up team will earn $500,000.