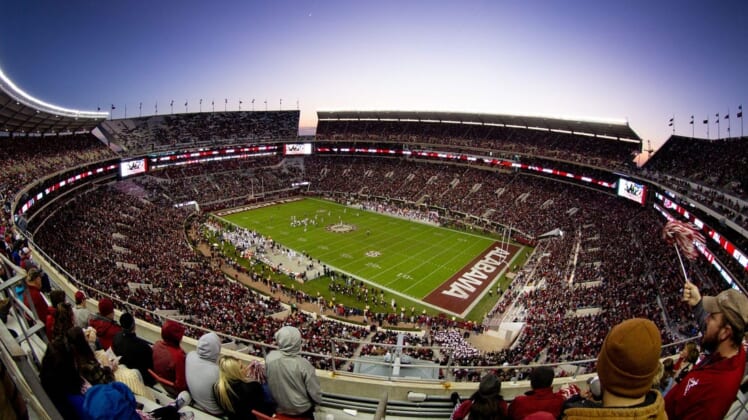 Four-star tight end Ty Lockwood, Ohio State’s first commit of the 2023 class, announced Tuesday that he is decommitting from the Buckeyes and is heading to Alabama.

Lockwood, a 6-foot-5, 225-pound junior at Independence High School in Thompson’s Station, Tenn., is the ninth-rated tight end in the nation, according to the 247Sports composite rankings. He committed to Ohio State last summer and received Alabama’s offer on Friday.

Alabama and coach Nick Saban have received commitments recently from five-star safety Caleb Downs and four-star offensive tackle Olaus Alinen, both of whom had Ohio State as finalists.

Lockwood had 43 receptions for 606 yards and three touchdowns last season.

“I’m grateful for Ohio State, the coaching staff, and the Buckeye players and fans,” Lockwood tweeted on Tuesday. “I have a lot of respect for the program and the team. … (But) I have decided that it would be best to de-commit from Ohio State University.”

Lockwood said the decision to commit to Alabama is “the right choice I needed to make for my future and my family.”

Ohio State received a commitment recently from four-star tight end Jelani Thurman, the No. 7 tight end in the nation, per the 247Sports composite.