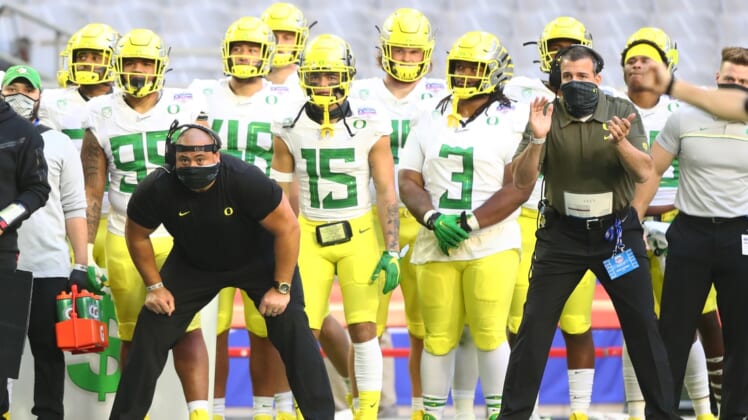 Tanner Bailey, a four-star quarterback and ninth-best pro-style prospect, according to 247Sports, announced Monday his commitment to Oregon in 2022, choosing the Ducks over Alabama, Auburn and Florida State, among others.

Tanner took to Twitter with one word — “committed” — and an accompanying video for his reveal.

The 6-foot-1 Bailey is rated the 11th-best prospect out of Alabama and the 219th best overall, according to 247Sports’ composite rankings.

Bailey threw for 2,444 yards and 32 touchdowns last season as a junior at Gordo HS in Gordo, Ala.

“I love the coaching staff, all the way from top to bottom,” Bailey said. “They’ve made me feel like a priority since Day 1.”