Four Alabama players suspended for first half of season opener 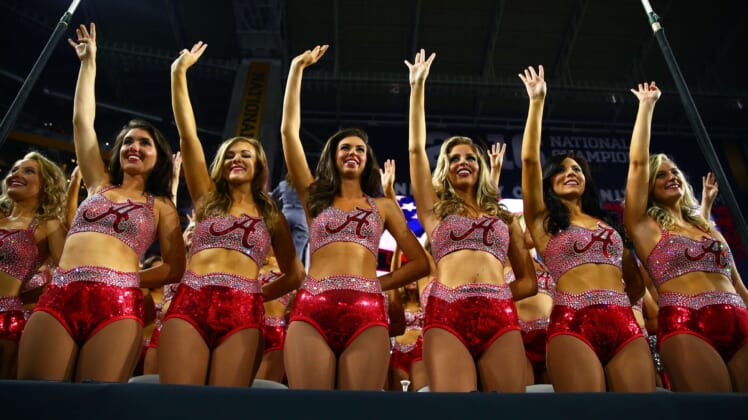 The Alabama Crimson Tide face what could be a surprisingly difficult opponent in that of the Duke Blue Devils in their season opener Saturday.

That’s going to be magnified by Tuesday’s news that Nick Saban and Co. have suspended four players for the first half of said game.

According to Rivals.com, running backs Najee Harris and Brian Robinson Jr., as well as receiver DeVonta Smith and outside linebacker Terrell Lewis will miss the first two quarters of the game after they were absent from a team function during training camp.

Harris is slated to be Alabama’s lead back after averaging nearly seven yards per rush as a sophomore last season. Meanwhile, Robinson is his primary backup.

Both Smith and Lewis are also slated to be starters for the championship contenders in 2019.