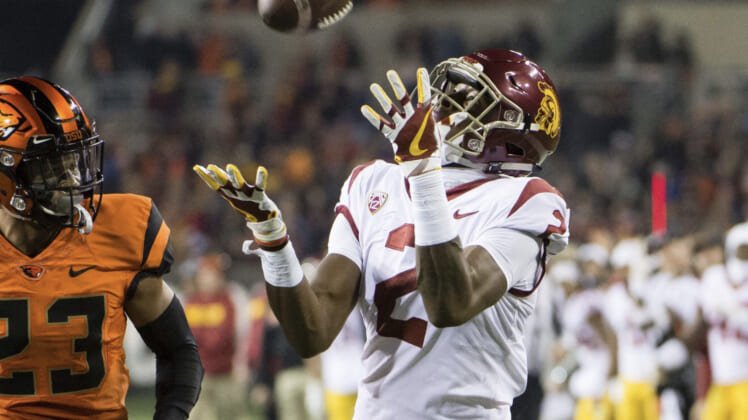 Clay Helton and the USC Trojans have lost yet another former top recruit. Sophomore wide receiver Devon Williams has reportedly made the decision to transfer to Oregon State.

The 6-foot-4 Williams ranked as the No. 6 receiver in the nation during the 2018 recruiting cycle. The four-star recruit was also the No. 1 overall athlete in the nation coming out of Antelope Valley High School in California.

He leaves USC having recorded a grand total of five catches for 98 yards in just five games.