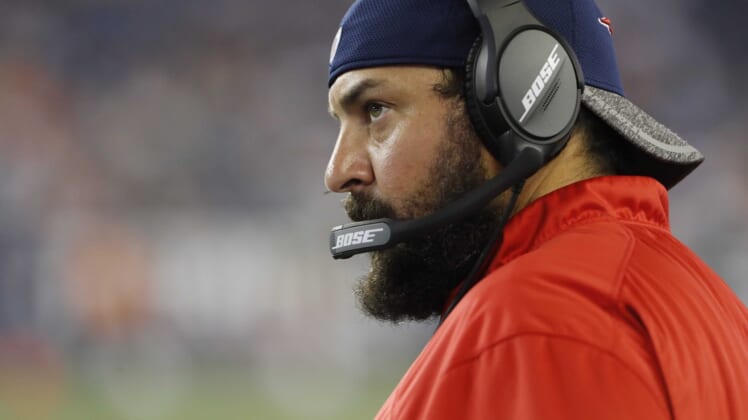 What’s the deal with Matt Patricia’s beard? Does the New England Patriots defensive coordinator and presumed next head coach of the Detroit Lions have a fascination with Grizzly Adams?

Travis Krol, who was a roommate and teammate of Patrcia’s at RPI, has another theory.

“He’ll probably kill me, but he’s got dimples,” Krol said, per Dave Birkett of the Detroit Free Press. “You can’t be a coach of men with dimples, so I think he covers it up with the beard.”

A picture of a beardless Patricia does back up Krol’s point.

This is Matt Patricia without a beard.

Whether the dimples would really be a detriment is anyone’s guess. But they’re not exactly a common feature among NFL head coaches.

Pierre Woods, who played linebacker for the Patriots when Patricia was the linebacker’s coach, doesn’t think the beard is going anywhere, nor does he want it to.

“I think the beard is going to stay,” Woods said, via Birkett. “I hope he don’t cut it, because it’s part of his image, it’s who he is, so I think he’ll shave it down a little bit to make it look respectable and getting a coach’s job and things like that. But the beard is him, man. He’s the beard, so I think his wife is used to it, his kids are used to it. The people of America are used to it.”

Indeed, we are. And if Patricia opened 2018 manning Detroit’s sideline with a completely clean shaven look, it wouldn’t feel right.