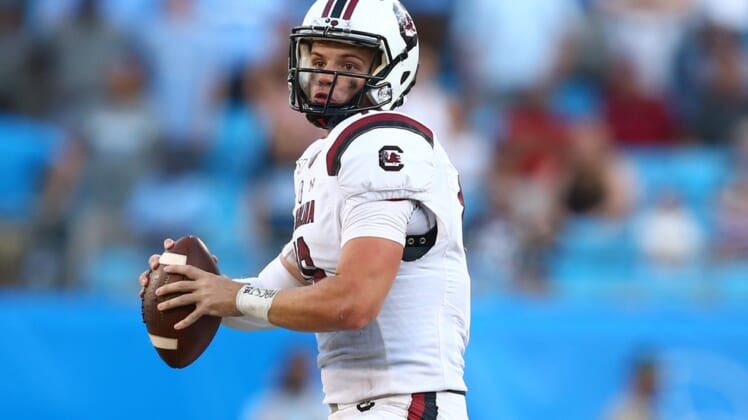 Former South Carolina quarterback Jake Bentley announced his transfer to the University of Utah on Monday.

A two-year starter for the Gamecocks, Bentley was injured (broken foot) during the first game of the 2019 season and missed the rest of the campaign.

Though he’s a senior, Bentley was granted a redshirt due to playing in just the one game (players can appear in up to four games and still obtain a redshirt). So he’ll have one season to shine in Utah, which features a very strong program and needs a strong leader on offense with Tyler Huntley leaving after this year.