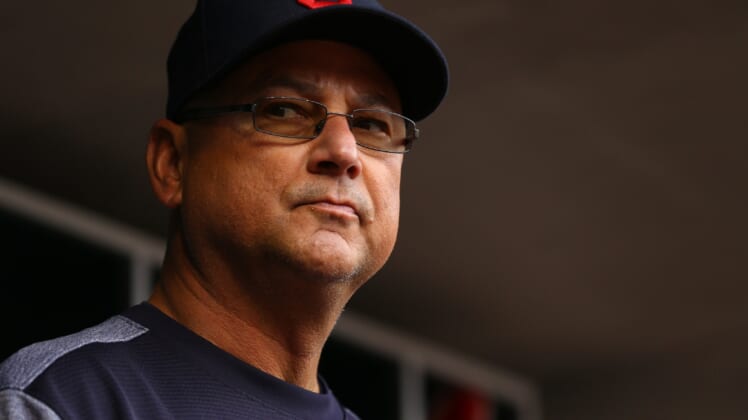 Terry Francona managed the Boston Red Sox to World Series wins in both 2004 and 2007. But in advance Monday’s game between the Red Sox and Francona’s current team, the Cleveland Indians, Boston’s former skipper heaped praise on his former team.

Francona was asked what’s sticking out about the Red Sox. He was quick to praise his former team.

“Everybody’s sticking out. That’s an easy one. But they have bought in every day. To have, what? 88 wins, right now. They come at you,” Francona said to a pool of reporters, as posted on YouTube by Masslive. “Between their legs and bats, they can run into a crooked number in a hurry.”

The Red Sox certainly deserve a lot of praise. Truthfully, Francona is right. Statistically speaking, Boston is a team with essentially no glaring flaws and many real strengths.

Heading into Monday’s game, the Red Sox sport an 88-37 record. The .704 winning percentage is the best in baseball. Moreover, it puts Boston on a pace to win 114 games — just short of the single-season record of 116.