Former Rams star demands his bonus money from the team 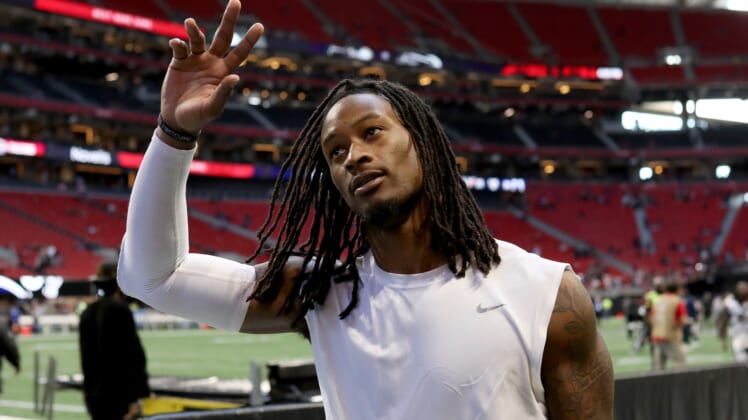 The Los Angeles Rams’ decision to release former Pro Bowl running back Todd Gurley back on March 19 was somewhat of a surprise. Los Angeles had just given Gurley a four-year, $57.5 million in July of 2018.

This deal cost the Rams a whole lot of dead cash against the cap after they decided to move on from Gurley following a disappointing 2019 season. It left Los Angeles with a $20.15 million dead cap hit.

Gurley was also do a guaranteed bonus of $7.55 million on the third day of the new league year last month. He took to social media on Wednesday and demanded that the Rams pay it.

That’s one way to go about it. Gurley is also 100% correct here.

While workout bonuses are in question right now due to the ongoing COVID-19 pandemic closing team facilities, Gurley’s bonus has nothing to do with that.

We have absolutely no idea what to make of this. Though, this should have been more of an internal conversation between Gurley and the Rams. By making it public, Gurley put pressure on his former team following an ugly divorce.