Former Raiders QB Jay Schroeder on 2020 Season with No Fans: “It’s going to be weird.” 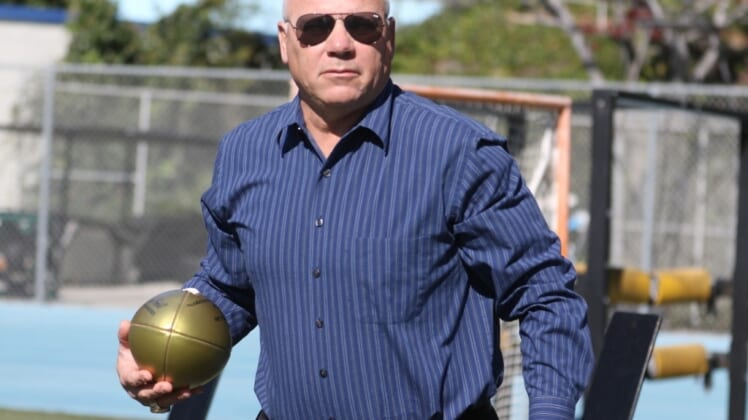 During an interview on our Raider Nation Radio 920 show on Tuesday, the former Raiders quarterback, and Super Bowl Champion, Jay Schroeder said he can’t imagine playing in front of empty stadiums.

When Las Vegas Raiders owner Mark Davis made the difficult choice to play the 2020 home schedule at the new Allegiant Stadium without fans, no one was happy but everyone understands the reasoning. For former Raiders quarterback Jay Schroeder, he understands the decision but, as a former player, he says it’s going to be strange.

“It’s going to be weird,” Schroeder said on Silver and Black Today on Raider Nation Radio. “I mean, I can’t imagine going out there.”

Jay Schroeder recalled the days of the old AFC West and having to play in some of the loudest venues in the league – including the old Seattle Kingdome.

“I remember going into the old Kingdome and screaming your lungs out and your own guard couldn’t hear you standing right next to you,” Schroeder recalled. “Now you’re going into a silent stadium? It’s going to be weird without the fans and the energy of the crowd – for both teams.”

Earlier this week Raiders owner Mark Davis made the call officially notifying Allegiant Stadium season ticket holders of the team’s decision. Davis said it was a decision made out of an abundance of safety for both the fans and the team’s players and staff.

“It would’ve been tough to have 65,000 fans, 20,000 fans, or whomever because if they came into that stadium and they left — because we’re going to be having fans fly in from Oakland and Los Angeles — they would be bringing [the virus] back to their home places as well,” Davis told Raider Nation Radio’s own Vinny Bonsignore on Monday. “We just didn’t feel that at this time it’s safe, so we made a very, very tough decision, but it’s a decision that we made.”

Schroeder joked that for many NFL players, the lack of fans and noise might bring them back to their childhood days.

“It’s going to be like playing Pop Warner,” Jay Schroeder said. “Your Mom and Dad out there going: ‘Go Johnny’ except you’re not going have even that.”

During his weekly meeting with the press via Zoom, Raiders quarterback Derek Carr talked about he and his team feeling disrespected. Carr, who often mentions not listening to outside criticisms, said he’s focused on proving the doubters wrong.

When asked if he ever considered opting-out of the 2020 season due to COVID-19, Carr said he didn’t give it a moment’s thought.

“I have a lot to prove to myself. I’m going to be completely honest with you. I’m tired of being disrespected. There was no question I was going to play this year,” Carr told the media.

For Jay Schroeder, he thinks the chip on Carr’s shoulder is a positive sign and shows the seventh-year pro is motivated to take his game to an even higher level.

“I think it’s a great sign,” Schroeder said. “Some people might not think so but I think it’s a very mature sign because Derek has looked very hard and long at what he’s done (as a pro) and I thought Derek had a very good year last year. I think there’s some things he can improve on but there were some things last year the offense was limited on.”

Jay Schroeder said he believed the addition of more offensive talent, and the already stout offensive line, bodes well for the Raiders and their quarterback in 2020.