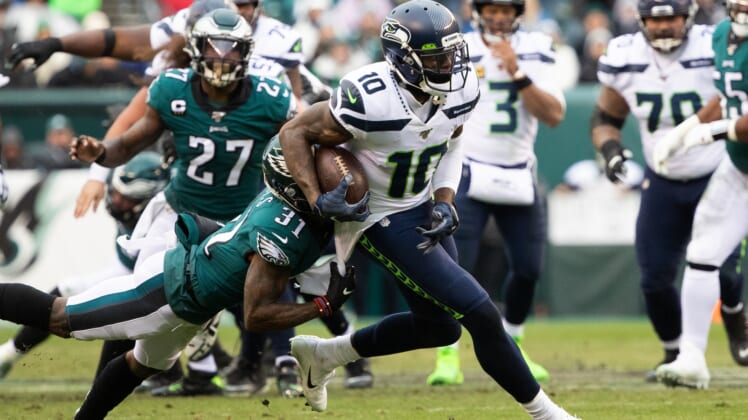 Josh Gordon was once among the most promising playmakers in the NFL. Now he just wants one more chance to play the game of football.

Last season, as a member of the Seattle Seahawks, Gordon was suspended indefinitely in December. On Thursday, Tom Pelissero of NFL Network shared that Gordon has submitted his letter applying for reinstatement on Wednesday.

Gordon, 29, has continued to train in Seattle during the offseason, per Pelissero, and hopes to have his indefinite suspension lifted in time for training camp late next month.

Gordon came into the NFL with a red flag having been suspended by Baylor for failing a drug test in 2011. He ended up sitting out the entire 2011 season after transferring to Utah. Then in 2012, the Cleveland Browns picked Gordon up with a second-round pick in the supplemental draft.

When healthy and available, Josh Gordon consistently puts up impressive stats. His potential was on full display during his second season in the league when in 2013 he hauled in 87 passes for 1,646 yards (leading the league) and nine touchdowns. He did that in 14 games that season, earning Pro Bowl honors for the first and only time in his career.

Unfortunately, Gordon has since struggled to remain available in the NFL due to multiple failed drug tests and a DUI arrest in 2014. When he failed a drug test last December, he was suspended indefinitely for his second straight year, and it represented his fifth NFL suspension since 2012.