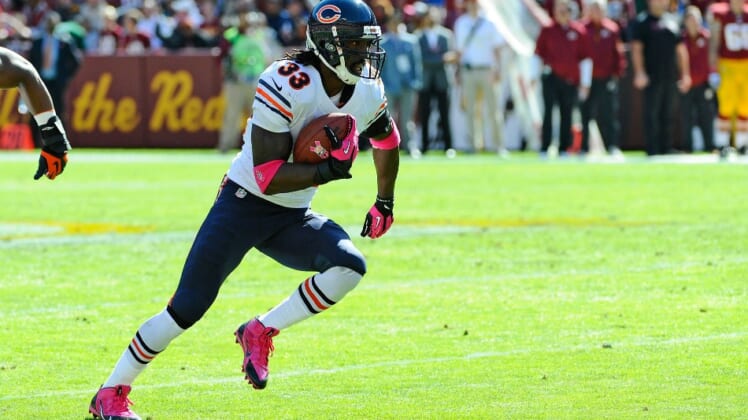 Charles Tillman might have to get a new nickname if his post-NFL career choice comes to fruition. After retiring from the league following a successful 13-year run that saw him earn two Pro Bowl appearances, Peanut is now training to join the FBI.

“The former Chicago Bears cornerback recently began training to join the Federal Bureau of Investigation, multiple individuals told the Tribune, including a high-ranking law enforcement source who is not authorized to speak publicly on the matter,” Brad Biggs of the Chicago Tribune reported Tuesday.

Tillman, 37, retired after one season with the Carolina Panthers back in 2015. He had spent his first 12 years in the NFL with the Chicago Bears.

At 6-foot-1, Tillman was best known for being a ferocious defender at cornerback. His best season came back in 2012 when Tillman recorded 86 tackles, three interceptions and three touchdowns en route to earning All Pro honors. He also forced an absurd 44 fumbles throughout his career.

According to Biggs, FBI guidelines indicate that prospective employers be younger than 37 at the time of appointment. For his part, Tillman turns 37 in February. He’ll definitely be cuttting it close here.

Though, he is qualified for a job in the top law enforcement agency in the land. Tillman graduated with bachelor’s degree in criminal justice from the University of Louisiana-Lafayette prior to entering the NFL.

Good for you, Peanut. We are hoping you the best in your new career.