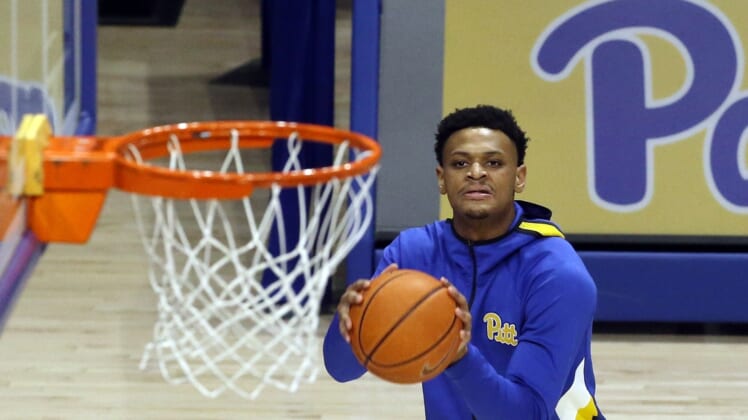 “He’s going to be an incredible piece for us moving forward,” Razorbacks coach Eric Musselman said in his news conference on Thursday. “I would consider him a positionless player. Those guys are so, so valuable. I’m ecstatic.”

The 6-foot-6 Toney announced with three games left in the regular season that he was leaving the Pitt program and entering the NCAA transfer portal. He was the second-leading scorer for the Panthers (10-12, 6-10 ACC), averaging 14.4 points per game.

Moving to Arkansas will put Toney, an Alabama native, closer to home.

Toney started 69 of the 79 games in which he played over three seasons with Pittsburgh, averaging 9.7 points, 5.4 assists and 29.3 minutes.

Arkansas finished the 2020-21 season with a 25-7 record. The Razorbacks advanced to the Elite Eight of the NCAA Tournament, losing to Baylor 81-72.