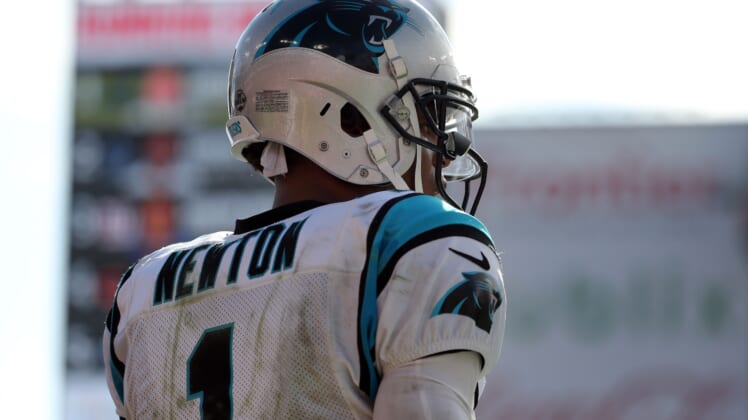 When Jon Beason was a star linebacker for the Carolina Panthers, the organization had a much different look to it.

A former first-round pick out of Miami (F) back in 2007, Beason earned three trips to the Pro Bowl in parts of seven years with the organization. He also teamed up with recently-released quarterback Cam Newton for parts of three seasons.

In talking with TMZ Sports on Wednesday, Beason did not hold back on his criticism of the Panthers after they released Newton earlier in the week. He also had some darn good points.

“It’s just unfair for the player who’s done so much for the organization,” Beason said. “Release him prior to free agency.”

That’s the issue many have with how Carolina played this situation. It became clear almost immediately following an injury-plagued 2019 season that the Panthers were set to move on from the former NFL MVP. Carolina dragged it about a week into the free-agent tampering period before releasing Newton on Tuesday. This came days after the team found Newton’s replacement in that of Teddy Bridgewater.

This has obviously impacted the quarterback’s ability to find a starting job. Teams moved on to other options. Newton was left out in the cold after he could not find a trade partner.

I fully understand that new Panthers owner David Tepper is attempting to do what’s right for the organization. But once it became clear Carolina was not going to get anything for Newton in a trade, the team should have simply released him.

One former longtime member of the Panthers’ organization agrees.

As it relates to the 30-year-old Newton, he’s also not happy about how his former organization treated him after he led them to a Super Bowl appearance years back.

It will be interesting to see if Newton finds an opportunity where he can vie for a starting job. The pickings seem slim right now.