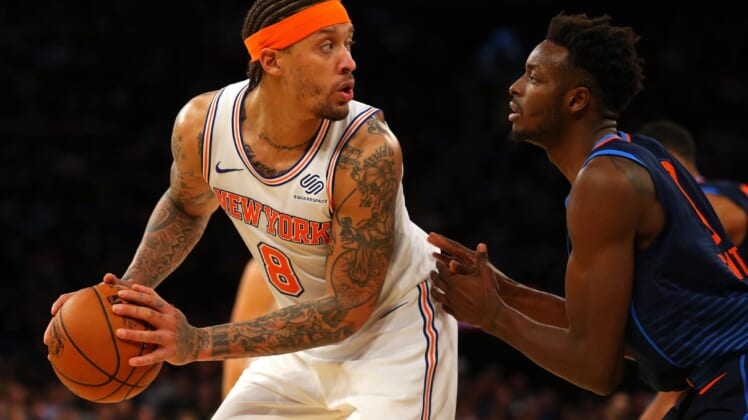 Michael Beasley played the final portion of last season overseas with the Guangdong Southern Tigers, and now the NBA free agent is facing a five-game suspension.

Per Shams Charania of The Athletic, Beasley violated the NBA’s anti-drug policy.

Beasley played for the Los Angeles Lakers last year, missing much of the first portion of the season to spend time with his ailing mother. Then he was traded to the Los Angeles Clippers, who subsequently waived him, this past February. A couple weeks later, Beasley signed with the Tigers.

The former No. 2 overall pick of the Miami Heat in the 2008 NBA Draft, Beasley never really lived up to the hype that surrounded him coming out of Kansas State. Over the course of his NBA career, he averaged 12.4 points, 4.7 rebounds and 1.3 assists per game.