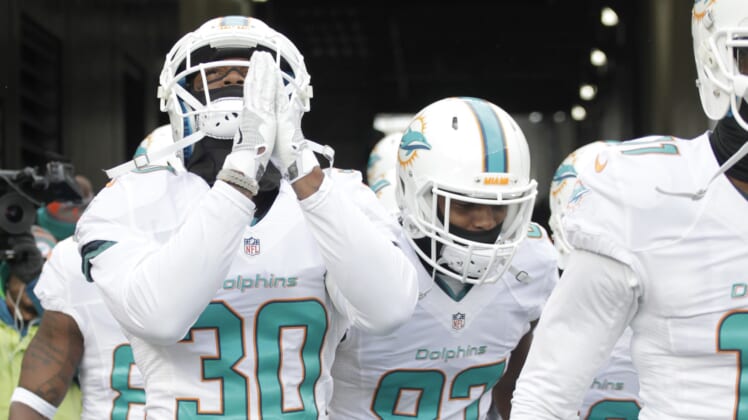 Former NFL safety Bacarri Rambo is in some major hot water after an alleged incident in Georgia earlier this week.

According to Marc Weiszer of the Athens Banner-Herald, Rambo was arrested at his apartment Monday night and charged with rape.

There’s no other information available at this time.

Rambo, 29, was a sixth-round pick of the Washington Redskins back in 2013 after an All-American career with Georgia. The safety played 41 games over the course of four seasons, last suiting up with the Miami Dolphins back in 2016.

We’ll have more on this story as it develops.