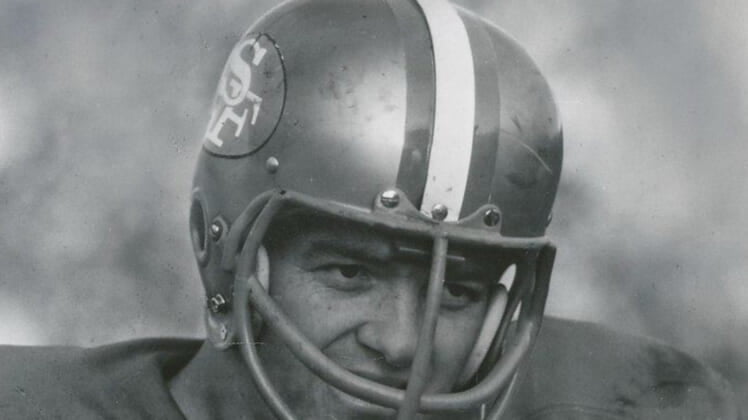 The college football and NFL communities received some bad news on Thursday with the passing of Dave Parks at the age of 77 at his home in Austin.

A legendary performer during his college days at Texas Tech, Parks set several school records for the Red Raiders before he was the No. 1 overall pick of the San Francisco 49ers in 1964. He was the first wide receiver to ever be selected No. 1 in the modern draft.

The wide receiver ended his collegiate career as the program’s all-time leader in receptions and receiving yards.

Parks earned three Pro Bowl honors and two All-Pro honors in his four seasons with San Francisco, leading the NFL in receiving yards in 1965 and 1966. He also spent time with the New Orleans Saints and Houston Oilers during a 10-year career.

Inducted into the College Football Hall of Fame in 2008, Parks spent the latter part of his life as the associate director of the Texas Ranger Law Enforcement Organization.

Our thoughts go out to Parks’ family and the entire football community. The cause of death is not yet known.