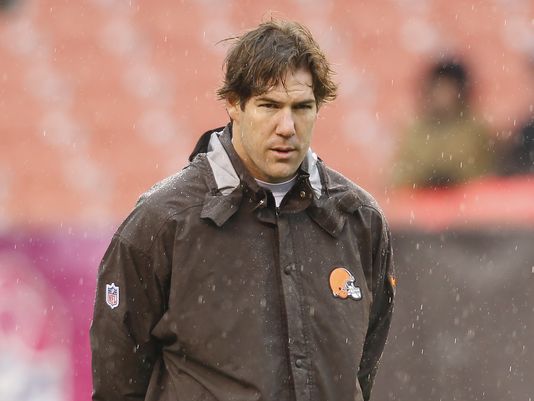 It was just late last month that an unnamed NFL general manager told Bleacher Report’s Mike Freeman that he believes 30 to 40 percent of those players eligible for the 2015 NFL draft smoke marijuana.

That, in and of itself was an pretty amazing statistic, especially considering it came from such a high-ranking official around the NFL world.

Now come these comments from former NFL linebacker Scott Fujita, who played 11 years in the league.

The way I always saw it, and the way coaches see it, is if you’re dumb enough to get caught at the one time of year they’re testing, that’s a problem,” Fujita said on Jim Rome’s Showtime series, via CBS Sports. “The rest of the year, you’ve got open season to do whatever you want to do. So just be smart about it.

Fujita then went on to estimate that between 30 and 50 percent of NFL players smoke pot.

In the 2015 NFL draft alone, top prospects Shane Ray, Randy Gregory and Jalen Collins all found themselves wrapped up in marijuana-related off-field incidents leading up to the annual event. As it relates to Gregory, he tested positive at the NFL Scouting Combine in Indy back in February. The positive test came even after months of knowing he would be tested at the event.

It’s not necessarily that marijuana is frowned upon in today’s society. The substance has been decriminalized in nearly half of the states in the union. It’s completely legal in the state of Washington, Colorado, Oregon and Alaska.

As Fujita indicated, it’s more about immaturity and the idiocy that comes with actually testing positive for marijuana. Back on March 19th, the National Football League Players Association even sent a tweet out to the players warning them that they’d be eligible to get tested by the NFL in a month—coincidentally on April 20th.

As in any job, it doesn’t matter whether marijuana is actually legal in the state where you work. It’s all about the policy of the company you work for. Despite a recent policy change that lowers penalties for marijuana use, this substance is still banned in the National Football League.

As someone who has been on the inside, Fujita explained the mentality of some coaches around the NFL:

A coach worries that a guy might get popped one too many times and end up missing games,” Fujita said. “But I’ve had coaches tell me they’d rather have guys go home at night, smoke a bowl, sit your ass on the couch, play some X-Box and eat some Cheetos, rather than being out at night, drinking and getting in trouble. I’ve heard coaches actually say that to me.

This doesn’t mean that Pete Carroll is going to be taking bong loads with Marshawn Lynch as the two watch Family Guy and eat Skittles. It’s all about keeping their house in order off the field. And it doesn’t take a genius to understand players who sit at home taking a hit or two of marijuana face a lower chance of getting in trouble than those drinking up a storm and raging hard at nightclubs into the early-morning hours.

All this makes me wonder whether the NFL is preparing itself to go away from having marijuana on its banned substance list. After all, American society in general is becoming more accepting of the “drug.” It will be interesting to see where we are at five years down the road.