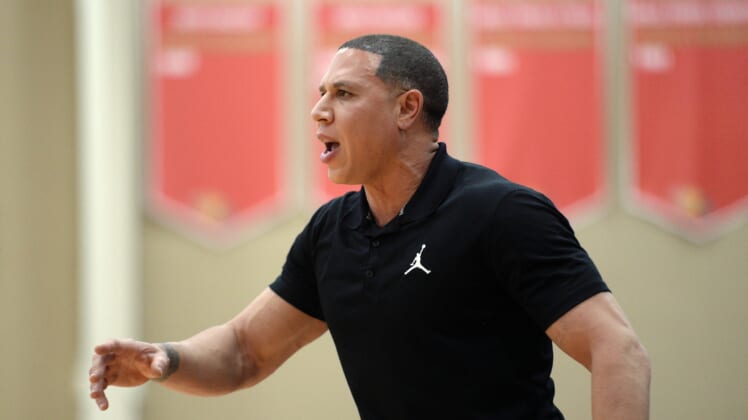 Mike Bibby has been accused of sexual abuse and harassment by a female teacher at Shadow Mountain High School in Arizona.

The former NBA star is currently under investigation for allegedly forcefully rubbing his genitals on the teacher back in 2017, per the Arizona Republic. The teacher says Bibby grabbed her by the waist, pulled her into his car and forced himself on her while on school grounds.

Bibby adamantly denied the allegations through a statement from his attorney, Donald Harris.

“I can say with pretty much certainty this alleged incident didn’t happen and that will be shown down the road,” Harris said, per the Arizona Republic. “Michael Bibby did not participate in a sexual assault of any way, shape or form that was alleged by this lady two years ago.”

Bibby has been coaching the basketball team and recently guided it to a fifth state championship in six years since he became the head coach.

A former No. 2 overall pick by the Vancouver Grizzlies, Bibby spent 14 years in the NBA averaging 14.7 points, 5.5 assists and 3.0 rebounds per game.