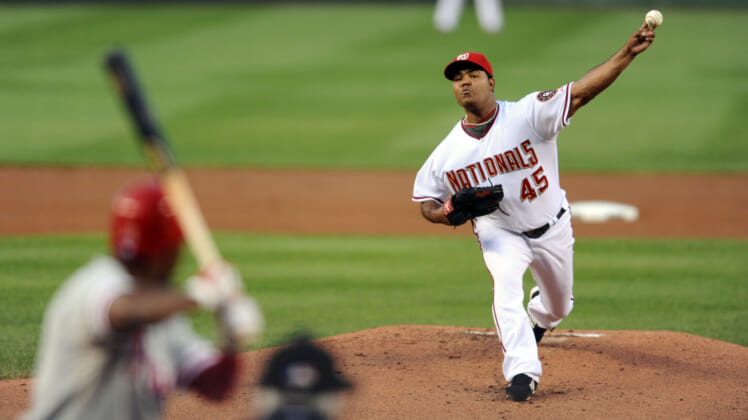 On the very same day that MLB returned to action after a work stoppage, we’re starting to hear some tragic news relating to former pitcher Odalis Perez.

According to MLB insider Hector Gomez, the former All-Star pitcher was found dead at 44 years old after falling from a ladder at his home.

A product of the Dominican Republic, Perez is best known for his tremendous five-year run with the Los Angeles Dodgers in the mid 2000s. The hurler pitched to a 15-10 record with a 3.00 ERA in 32 starts for the Dodgers en route to earning an All-Star Game appearance back in 2002.

Odalis Perez made his MLB debut as a member of the Atlanta Braves back in 1998 and played three seasons with that team. After five-plus years in Southern California, he enjoyed some success with the Kansas City Royals and Washington Nationals before calling it quits following the 2008 season.

Prior to making his way to the states, Odalis Perez graduated from David Ortiz High School in Dominican Republic. Our thoughts certainly go out to his family and friends during these most difficult of times.

This is breaking news. Please check back for updates...