Felipe Vazquez, a former All-Star closer for the Pittsburgh Pirates, was convicted Thursday on 15 charges related to sexual misconduct with a minor.

A Westmoreland County, Pa., jury found the 29-year-old guilty on 10 counts of child sexual abuse, two counts of unlawful contact with a minor and one count each of statutory sexual assault, corruption of a minor and indecent assault of someone under 16.

Vazquez was found not guilty of 10 charges of unlawful contact or communication with a minor.

Vazquez is expected to be sentenced within 90 days. He faces decades in prison and possible deportation back to Venezuela. 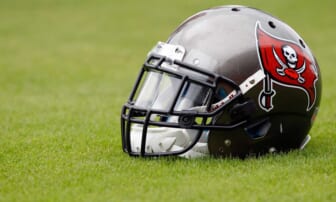 Vazquez was arrested in September 2019 after his relationship with a girl was discovered. The relationship began in 2017, when she was 13 and wished him happy birthday on social media.

According to the Pittsburgh Tribune-Review, Vazquez faces other charges of child pornography and unlawful contact with a minor in Florida because he allegedly continued a relationship with the girl when she moved there in 2018.